Get a closer look at Ciel nosurge DX and Ar nosurge DX's Japanese cover art, plus more details on DLC 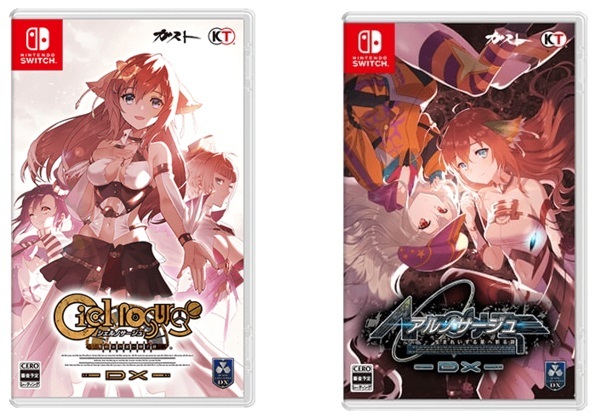 We've already had a peek at the Japanese cover art for Ciel nosurge DX and Ar nosurge DX, but now the full covers have been released. These are the covers for the standard releases, and they can be purchased individually.

Along with that, some more details on the games has been shared. Check out info on the revamped graphics and included DLC below.

Ciel nosurge Offline and Ar nosurge Plus, which were released for PS Vita in October 2014, are being revived in high-resolution remasters for PlayStation 4, Switch, and PC.

Enjoy the 3D models and actions of heroines such as Ion and Casty in high-resolution visuals. Both the gameplay and many cutscenes have been remastered in high-resolution, delivering a clearer new impression from the world of the seven dimensions.

Ciel nosurge: Requiem for a Lost Star DX and Ar nosurge: Ode to an Unborn Star DX include the majority of each game’s previously released downloadable content. This includes additional episodes, costumes, accessories, and features.