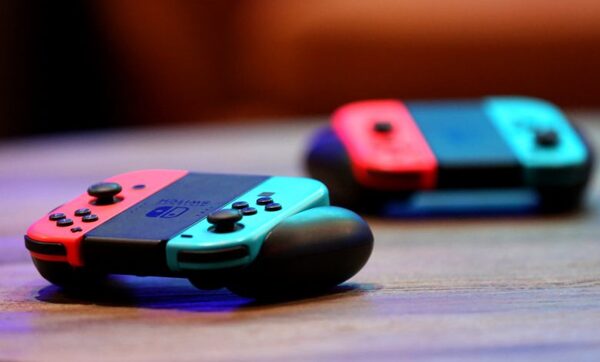 Both Microsoft and Sony are coming out with their latest gaming hardware in November, which no doubt means millions of people will be getting an Xbox Series X/S or PS5 as a holiday gift. With that said, launch supplies are sure to be constrained. That should leave a nice window for the Switch to continue its success, so much so that NPD believes Nintendo's platform will be the best-selling of the holiday.

Nintendo Switch will be the best-selling console of holiday 2020 – Switch will also be a hot holiday gifting item with more households picking up multiple Switch consoles in the fourth quarter. The lack of available inventory of new PlayStations and Xbox systems will leave Switch as an appealing available option (although supply may still be difficult to find).

I've only been saying that since the beginning of the year :P

But yeah.. Sony and MS haven't done a great job with their consoles. Not enough for release..?OK, Covid did push back production, I'll give them that one for sure, but their marketing hasn't been great. Getting the message through and so much back and forth.. But no real big games for release is the real big fuck up methinks. Oh well.

I'm the anti-Patcher. He'd say Nintendo will have their worst holiday sales in the Switch's life

If you look at Sony and Microsoft first 3 months of sales for the PS4 and XBOne combined, it's still less than what the Switch sold last year in the holiday quarter. The Switch has been selling better this year. Basic maths ensues.

I'm glad you're enjoying it

Does it control well? Because I enjoyed the story in Battlefront 2, but the gameplay was garbage, especially the flying

Yeah, but there were no big hitter games for the PS4 and XO either really. Nintendo did damn smart with BOTW for launch on Switch. Damn smart. Don't really think Switch has any real big hitters apart from Mario AS... Anyway. A friend of mine, who is a huuuuge PS fan, is thinking about just selling his PS5 at launch since, as he says, there's just no games that has my attention. ANd he always gets his PSs on day one. But I really do think both Sony and MS fucked this one up in teir own, silly ways.

The Switch is also way cheaper. It'll be fun to see how this turns out.

It controls great. A biti difficult at times, but it's just to get used to. And all ships fly different, so you have to et used to them all.... The VR enhances the experience to an insane level though. I wouldn't have gotten the game day one if it didn't support it, but th devs did mention they had VR in mind from the beginning... Njee... Gotta go to that work thing and do grown up stuff.

Yeah, the PS4/XBOne launch was a sea of nothing exclusive exciting

To me the second worthwhile PS4 exclusive came in 2016 (Uncharted 4), before that there's was only inFamous Second Son. I did enjoy The Order 1886, but I paid $5 for it, not full price.

Mario 3D All Stars will continue to sell big. But there are 3 sort of experimental things from Nintendo this holiday season.
* The first time they are actually promoting well a Pikmin game in a console that has a good installed base.
* The new Mario Kart is expensive, but the brand is huge. So it will be interesting to see how it sells.
* The new Hyrule Warriors focus on BotW could get a lot more people than the usual 1-1.5 million players of the genre.
Bonus: the sales of the evergreen titles will also be quite interesting to see

I'm glad the game is fun

I got my PS4 pretty late in it's life. 2-ish years ago I think..But it has been a blast since. Got all them good games on now. But yeah, the PS5/X is looking like the same. Not such an awful launch for MS's new console this time, but still pretty bad. I'm hearing/reading more and more people going the "Meh. I'll 'ti next year!" or "I'll get one when the must have games arrive". Nintendoo will win big on that, I'm sure, so this holiday could be strong for them for sure. BUt I don't thnk Pilmin will be a big hitter. I don't think any of the games you listed will be actual system sellers really. But the Switch has a huge library compared to the PS5X, so the can surf on that and the half price compared I guess. Guess we'll see in January =)

The game IS fun. I like how you can change, in the battle, to boost energy to engines, making the ship capable of shaprper turns which is great in dog fights. Or weapons for blasting bigger baddies ,or shields etc. There's a lot of trial and error but that's how arcade-y games are. Great graphics and sounds too. The story, so far, isn't the best but it is still exciting and I really want to see what happens. It's still better than the last SW movie, but then again so is a dead rat on the sidewalk.

Well, you got a less expensive system with a library of great games to compete with mostly expensive new machine with almost no new games that are exclusive.

And while the Switch might not have new system sellers, you can watch the evergreen titles carry the weight on their own. BotW, Odyssey, MK8, and Animal Crossing will all sell over 1 million just that quarter. Some way more than that.

Pikmin will not be a big hitter in terms of Switch numbers. No one in their right mind is expecting it to sell 5 million anytime soon. But given the series sales history, reaching 2 million would be a first and anything beyond that strengthens the chance of the series becoming more mainstream and leading to Pikmin 4 finally seeing the light of day. And that I believe is what Pikmin fans want the most

Hyrule Warriors will not sell Zelda numbers, but crossing that 2 to 3 million threshold would be great for a musou game.

I've added this Star Wars game to my Wishlist, but I'll wait before buying it because I'm only interested in the single-player. So I'll likely play if it comes to PS+ or eventually when I have GamePass (via it's inevitable addition to EA Access)

Well, you got a less expensive system with a library of great games to compete with mostly expensive new machine with almost no new games that are exclusive.

And this is the part we agree o 100%. MS and Sony should have known by now that a good game can sell a console, specially on release. BOTW did exactly that... They fucked up. Now they have two expensive consoles, good ones though, with little games people want.

I have concluded that I HAVE to get the new AR MArio KArt... My cat will go bananas. Will amke the game extra exciting =D

I'll have to start a youtube channel. People nag me for since I am so "charismatic". That can be very debated, but cats hunting carts on youtube will surely get me some likes

Definitely! I'm a dog person and I'd watch it hehe

Seeing how switch is still pretty much sold out around the world that sounds right. If only Nintendo had more games ready to go this year. But it is good they delayed animal crossing until this year. That was one of the smartest moves in gaming that no one knew would happen, definitely not them. And something tells me age of calamity will be very big this November for them. Hopefully all this is leading to a great crop of games from them next year.

Well, ya, of course the Switch will be the best selling hardware. New consoles are always curtailed by limited hardware production, it takes time to ramp up production. The pre-orders are already sold out and could have sold out multiple times over.

This isn't so much a prediction, as it is a fact. It will be next holiday season before things get interesting. Nintendo know this, the Switch Pro will launch in the second half of next year, Christmas at the latest, imo.

I highly doubt that unless the PS5 and XboXS doesn't have supply.

That is what they're saying. The new consoles will be supply constrained and the Switch probably won't. That's the argument.

The first 3 months of sales for the PS4 and XBOne combined are lower than the last holiday quarter for Nintendo. So it's not as if they have no basis to say that