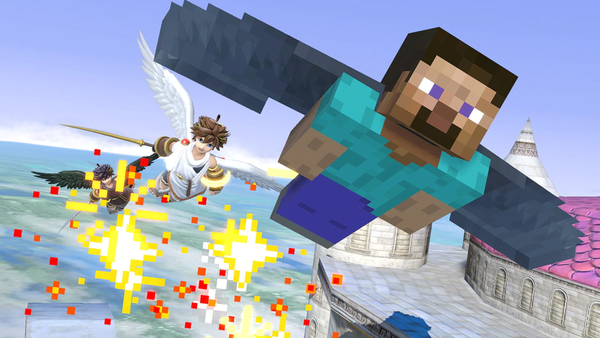 Many game studio projects are referred to as codenames internally by the developers. The DLC fighters for Super Smash Bros. Ultimate are no exception to this rule, with each character given a cryptic name in the files during development. With yesterday's launch of Challenger Pack 7, we now have word of what Steve was referred to as... and it's "Pickel" (not to be confused with pickle, as in the cucumber).

Thanks to PushDustIn, we know this codename is likely based off of the Japanese word for pickaxe, which is one of the main tools that Steve uses in Minecraft (and now in Smash too).