Head of Xbox says they have a "very good" relationship with Nintendo, once again shows interest in Live/Game Pass on Switch 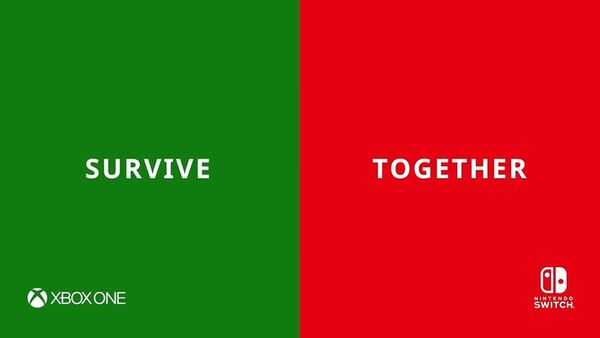 Microsoft and Nintendo continue to grow closer as the years roll on. We just saw Steve from Minecraft join Smash Bros. Ultimate, which only goes to show just how strong the bond is between the two companies. Apparently that all stems from the easy nature of the relationship between Microsoft and the Big N..

In an interview with Kotaku, Head of Xbox Phil Spencer opened up about the working relationship between the two companies, and it sounds like things couldn't be better.

“We have a very good relationship with Nintendo, and I think we see our work very synergistically, in terms of trying to grow the market. And it just makes it easy. Every conversation we have with them has really been easy.”

Of course, that has people asking if there are more Microsoft-related properties coming to Switch. This question has been asked before, and Spencer had a somewhat similar answer this time around. Spencer said “it doesn’t feel sustainable” to consider Xbox games on a case by case basis for Switch. He's much rather have a more substantial presence for the Xbox brand on Switch.

“In order to really support it, I would want a full Xbox ecosystem somewhere. And that probably means things like Live and Game Pass and stuff.”

This has been a topic that's come up numerous times in the past, and at one point it did seem like something was close to happening. Imran Khan talked a bit about the Game Pass situation with the Kinda Funny gang, which may provide some further insight into the situation.

In other words, it seems like there were some serious discussions about implementation, but Nintendo and Microsoft couldn't come to a full agreement. That doesn't mean things can't change in the future, but right now it seems things are at a stalemate.

"“In order to really support it, I would want a full Xbox ecosystem somewhere. And that probably means things like Live and Game Pass and stuff.”

How does that read as interest in doing that? What he is saying is it is not sustainable to support the Switch BECAUSE they don't have those aspects on the platform, aka, because those would never be feasible on Switch, full support of Switch is not sustainable. Not the other way around. Its less interest and more stating a requirement.

Also as always, what would "gamepass" on Switch actually be? Do people mean xcloud? If so, the only party that benefits from that right now is Microsoft. People don't necessarily want to stream games on Switch, people who stream games probably don't want or need to do so on Switch, and if Nintendo wants to stream why would they possibly want to go through another party to do so (that is to say, lose third party revenue in the process)? If we aren't talking about xcloud, now this makes even less sense. I can't believe people are still humoring this idea...

You can want something to happen AND be aware of what's stopping it from happening. They are no mutually exclusive.

If Nintendo wants to go the streaming route, which is a possibility though not currently likely, they could do it themselves or make use of a partnership with a company that has the know-how and infrastructure to do it. That mean Microsoft, Google or Amazon. All three are competitors. Quite frankly, I'd go with Microsoft given their current relationship.

I'll tell you this. The day they put GamePass on Switch I'll become a subscriber for sure.