These are going to be tough to track down
16 October, 2020 by rawmeatcowboy | Comments: 10 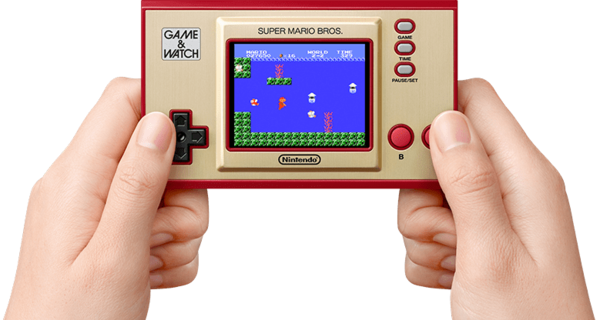 The Game & Watch Super Mario Bros. is another part of Nintendo's Super Mario Bros. 35th anniversary plans, and it's sure to be in limited supply. Fans have been keeping tabs on the official hub page for the project, wondering when they can jump in on a pre-order. The page originally included a mention of pre-order info coming soon, but that mention has vanished.

The site still says Game & Watch Super Mario Bros. is launching on Nov. 13th, 2020, but the removal of the pre-order blurb has many worried that units are just going to pop up on various retailer websites at a random time. That would certainly make it hard for fans to track it down, but I guess it would also stop scalpers from using bots to snag orders. Well...it would at least slow them down for a bit.

I've way bigger things to worry about...
Still want one.

I've preordered mine months ago

You are not from US, right?

Yep, Germany. Preorders were available at various retailers just hours after the announcement.

For once I'm glad to live in germany. Got mine on amazon.

I think Nintendo already did it with Mario Kart Home Circuit.
There was never a pre-order page for it.

I'm sure it will come out in the US. The release date will just be delayed.

Still want one. Don't know when I can pre-order.

I nearly ordered one a month or so ago, but decided against it at the last minute, as I thought to myself, why am I buying this?

I'm never going to open it, it's not like I care about it really, it would only be joining a never-ending mountain of unopened Nintendo collectibles I own. I don’t know how to describe it, it's like you spend all this money on stuff that you don’t get the satisfaction of opening and enjoying, you never sell them on, so it's a bit like leaving a tonne of money in limbo. And then you think, maybe I'll sell them in 20-30 years time, sure, will you be alive, will they still work, will they be worth more than you paid, etc?

The Game & Watch Super Mario Bros. is still available to buy in Ireland, but another reason I decided against it, is that it's around €20 more expensive than other online sites had had it on sale for. I hate being ripped off.

I have preordered it for the joy of actually playing it, with the combined nostalgia of Game & Watch and NES. Sure, I will keep the box and all that, but it's not going to be tucked away shrinkwrapped in a safe.