A new Banjo-Kazooie or Conker game is up to RARE, says Head of Xbox 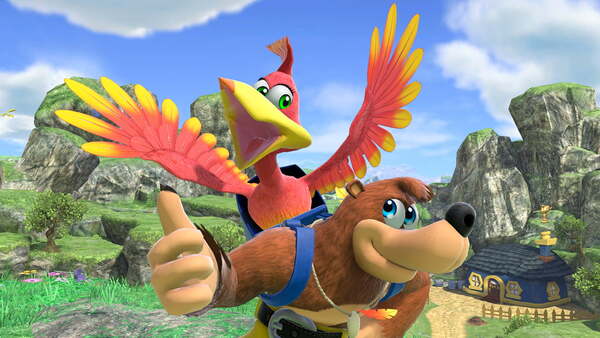 Wouldn't it be nice to see a brand-new Banjo-Kazooie game, or perhaps a new Conker? With the relationship that Microsoft and Nintendo have, there'd at least be some chance those titles would see release on Nintendo hardware. So what's stopping these games from happening? According to a Kotaku interview with Xbox boss Phil Spencer, the decision to create those games is completely up to RARE.

"I leave it up to the studios in terms of the things that they want to go work on. I have a lot of respect for Rare and the work that they do. They do like building new things, and they’ve seen success with Sea of Thieves. I think they’re really excited about Everwild. But also the response to Battletoads was nice. And I think [partner studio] Dlala did a good job with the game. And so I think it’s just always a balance. My inbox is full of: ‘Let every studio do new [intellectual property].’"

Obviously a new installment for these franchises isn't out of the question, but it doesn't seem like anything is going on right now. Perhaps fans need to speak up a bit more and let RARE know they want to see their classic IP return!

But Rare now is nothing like the Rare that made Banjo-Kazooie. Any new Banjo game would basically be like current Harvest Moon games.

Rare is Rare in name only.

...the problem with Harvest Moon is not that Natsume was a different developer, it's that they weren't a developer at all.

At this point they should get a different studio to remake the first two Banjo games for the Series X|S and later get them to make a brand new one. Let Rare do what they wanna do, MS have over 20 studios now.

Kinda late letting RARE do its own thing, Microsoft. You gutted the soul of RARE and most of the staff left to join Playtonic following the collapse of B&K: Nuts & Bolts. Microsoft didn't even let RARE near the Killer Instinct reboot early on.

The soul of Banjo Kazooie just isn’t at Rare any more- it’s at Playtonic. Best case scenario would be for Microsoft to go to them to make it and give them the budget and time they need to do it justice.

Yeah, Yooka Laylee had several shortcomings but Impossible Lair proved without a shadow of a doubt that Yooka Laylee’s failings were a product of too much ambition for the budget they actually had to work with. IL was just fantastic; 90’s Rare back in full force on that game IMO. I don’t really have any interest in seeing the current Rare tackle a new Banjo or them giving it to another developer (regardless of talent). The Banjo Kazooie games are what they are because of that original team and I don’t think people trying to emulate that team would do it justice. I’d take remakes from any studio but a new game would be best made by Playtonic.

I say Microsoft/Rare should go to Playtonic, Toys for Bob, or Vicarious Visions to do a Banjo Kazooie/Tooie remake or sequel.

Kinda late for that...especially seeing how even the new battletoads game ends up being polarizing.

N&B was very under-appreciated, and was especially lambasted by the fanbase for not being enough like the previous BK games.
PSA: Banjo-Kazooie 2 was never good.

It's not the same Rare. I'd rather for Series S/X they port and update my favorite Xbox One game: Rare Replay Collection.

Rare are a pale imitation of the company they once were. Playtonic Games are more Rare than Rare. I hear some people say Microsoft should approach PG to do a Banjo-Kazooie game. But I say, Nintendo should go to Playtonic Games and fund either a Yooka-Laylee sequel or an all new collaboration. Nintendo are awash with money, spend some of it on worthwhile ventures like this. Yooka-Laylee wasn't perfect, but PG don't have the financial clout of Nintendo to invest more time and resources.

"But also the response to Battletoads was nice"

Don't know how much from this guy is truth...