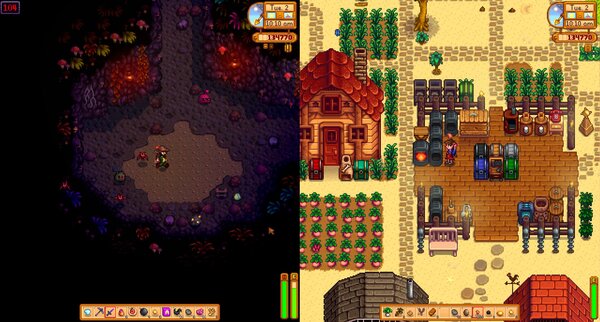 The developer behind Stardew Valley has been teasing all sorts of features to be included in the Version 1.5 update. Today he's revealed a rather surprising addition.

For those who want to play Stardew Valley multiplayer, you'll now have a local option to go with the online connectivity. The Version 1.5 update for the game is set to include splitscreen co-op! No word on how many people can play together this way, but it's likely the limit is two.

With that said, the image itself also contains a sneak peek at some new items and more, which are yet to be officially detailed.

That’s a cool update. Might be hard to play on a single Switch screen, but would be fine on a TV.