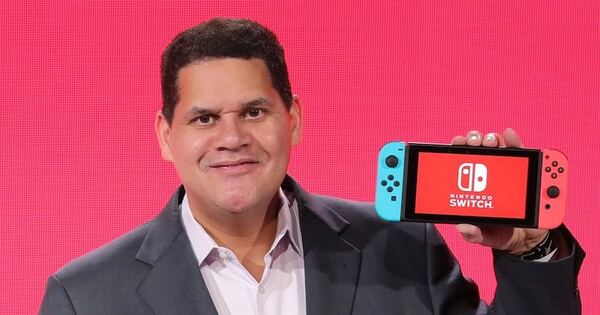 Here's something that might be a bit surprising. Apparently GameStop has always had trouble getting a decent amount of product from Nintendo. Sure, GameStop would stock the hardware/software they got from Nintendo, but supposedly the Big N was quite stingy with what they gave GameStop overall. That appears to have changed in the last year.

As you might remember, Reggie Fils-Aime was announced as part of GameStop's Board of Directors not that long ago. It seems that addition to the board has made a considerable change in the amount of product GameStop gets. GameStop obviously hasn't commented on that, but GameStop CEO George Sherman did say this.

We receive more than our fair share of Nintendo Switches and we sell those very rapidly.

Now this change could have come about organically through some other means, but it does seem awfully convenient that Reggie joining the company has led to better Switch stock. Either way, the end result is better for the customer!

Not one single GS shop left here in Scandinavia. At least I got some great games cheap. Death Stranding became an all time fav even =)