A Warner Bros. exec was worried that Mortal Kombat 11 too mature for Switch 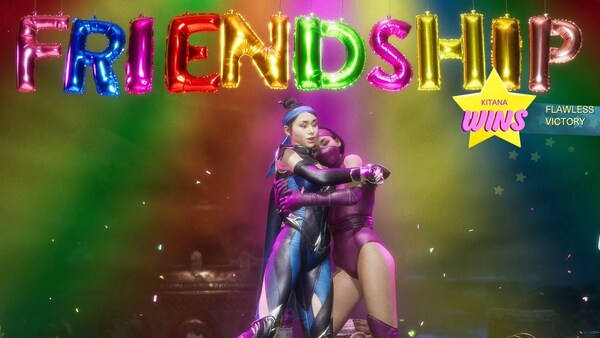 The Switch plays host to all sorts of games. There are thousands of titles that span tons of genres, and those games fall into all different ratings categories. There's a fair share of Mature-rated games on Switch, and Nintendo has no problem with those titles finding their audiences. Apparently someone at Warner Bros. wasn't aware of this.

Scott Hawkins, head of the developer relations team at Nintendo of America, shared quite an interesting story during his BIG Digital 2020 presentation. Hawkins noted that an exec at Warner Bros. thought Mortal Kombat 11 wouldn't fit with Nintendo's friendly image, and therefore wouldn't want the game on their platform.

“When Warner Bros. got the first playable build of Mortal Kombat 11 up and running on Nintendo Switch, I flew down and met with the team down in southern California. One of the executives there was meeting with me and showing me the game, and we were playing it, and he looks at me and he says, ‘Scott, are you sure Nintendo wants this game on Nintendo Switch?’ And I said, ‘Yes, we absolutely want this game.’

He was concerned because it’s a mature-rated title that it wouldn’t be Nintendo-friendly. But clearly after seeing the first month’s worth of sales and see it be the number one game on the platform, it shows that yes, there is an audience. There’s an audience for lots of different types of content on the platform, and this was a big success.”

Back during the SNES era, Nintendo did indeed take issue with games that were too violent, included foul language, showcased religious iconography, and so on. Obviously Nintendo's approach shifted leading out of the SNES era and into the N64 era. Still though, Nintendo's desire to make games for all ages, along with how they used to operate, still sits in the minds of some people out there.

I'd say that Night Trap is the one Nintendo should be more concerned about... They're really pushing it by letting that onto their platform...

I hope you're kidding, lol. Not one ounce of blood was dropped in that campy game. All of the implied violence was merely suggestive and off-screen.

You do realize that was a reference to a Nintendo exec testifying against the game alongside Mortal Kombat during a Congressional hearing regarding videogame violence.

He was concerned because it’s a mature-rated title that it wouldn’t be Nintendo-friendly.

Clearly this person sucks at his job. "Are there mature games on Switch?" followed by "Did they sell enough to warrant more releases?" is so very, very easy to find out.

Fortunately, we're not in those times anymore; it's time for exec's like him to do the same. Post-1994/Post-ESRB, Nintendo is doing better than ever providing games for all ages since then and there's no turning back.

Thats a myth, Nintendo always loved mature content, the problem was USA and America, people were pushing hard on Nintendo to censor violent games, that's why games like MK in SNES or even Nintendo games like OOT changed the color of their blood in this region. But Nintendo doesnt just love graphical violence as mature content, game like Mother 3 have pretty heavy mature content in terms of scripting. But that's not entirely US society fault, Nintendo had to sell their games and consoles as toys (cause the Atari massive failure in videogame industry) so that's where the believe that Nintendo is family friendly came from.

funny though, Sony and Xbox has more censorship in videogames than Nintendo, not exactly in term of violence but in sex or echi (sexi) content. Games like Shin Migami Tensei x Fire Emblem even with a lot of changes they made to release the game in Americas no way Sony or Microsoft would allow to release that game here.