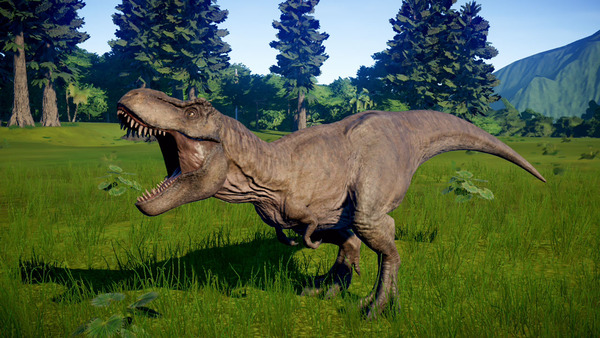 Jurassic World Evolution: Complete Edition is coming to Switch on Nov. 3rd, 2020, allowing fans to run their own dinosaur park. Many were surprised to see the game announced for Switch, as it seems like one of those games that would be tough to get up-and-running on the platform. In an interview with NintendoEverything, developer Frontier explained why they decided to take this project on.

We completed the ‘Return to Jurassic Park’ content and identified the next challenge for the team and we felt the technical challenge of creating the company’s first ever game for the Nintendo Switch would be an amazing one. We felt bringing the game, with all of its updates and all of the content to a whole new community would be a great next step. There’s so many big fans of the Nintendo Switch on the team and in the company so it was really exciting for all of us involved.

This is exactly the reason. They were one of those companies that wrote off the Switch, but now they've seen how big the userbase is and want to cash in.

Person 1: I want to make more money from this game. How can we do it?
Person 2: Port it to the Switch
Person 1: Let's do it

This is exactly the reason. They were one of those companies that wrote off the Switch, but now they've seen how big the userbase is and want to cash in.

So long as we get more games in fine! I sold my ps4 and xbone so its always cool to get access to more games imo haha