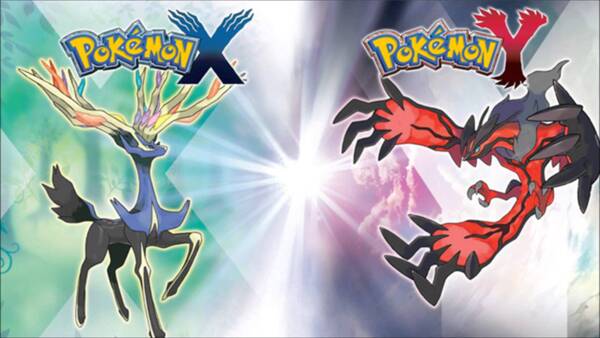 Over the years, Pokemon games have been released in pairs. There's Pokemon Red and Blue, Gold and Silver, Black and White, and many more. And then generally, the developers behind the games, Game Freak, will release some sort of additional game (or set of games) that bring the previous pairs together, such as Pokemon Yellow, Pokemon Crystal, and Pokemon Black 2 and White 2. Back in 2013, Game Freak released Pokemon X and Y for the Nintendo 3DS, and many fans that a possible Pokemon Z game would be released as this set's follow-up title. However, this never happened, and instead, Game Freak eventually just moved onto the next set of games with Pokemon Sun and Moon in 2016.

However, a recent datamine suggests that Game Freak may have had plans to create proper sequels to Pokemon X and Y at one point.

According to this Tweet, various Pokemon game listings are shown for the Nintendo 3DS. Most notably, two slots called "VERSUIB_CALOS_RESERVE3" and "VERSION_CALOS_RESERVE4" are present. "Calos" seems to be based on the word "Kalos," which is the setting for Pokemon X and Y. The game names appear before Sun and Moon, providing evidence to the fact that Game Freak had at one point considered making proper sequels to Pokemon X and Y. The fact that there are two game IDs also makes it more probable that the games were more likely going to be Pokemon X2 and Y2 rather than a unified game like a Pokemon Z, but no titles are officially confirmed.

Who knows when or why Game Freak scrapped these games, but it is fascinating to think that the Nintendo 3DS could have had two additional Pokemon titles set in the Kalos region!

Thanks to cm30 for the heads-up!
Submitted by: cm30
Source: Link
Rating: 0

Awh, after playing X and Y, I always felt they could have warranted a sequel to tie up a few loose ends. Maybe the Zygarde cells side-quest in Sun and Moon was originally intended for XY2

If they were going to be anything like Ultra Sun and Ultra Moon, then we didn’t really miss much.

I'm still flabbergasted we never got a Pokemon Z. The name, the cover Pokemon, the precedent...all the pieces were there.