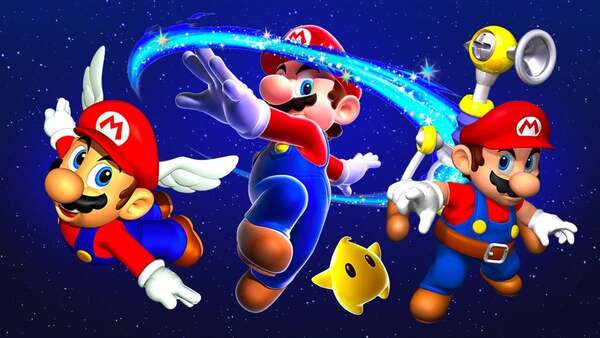 Super Mario 3D All-Stars managed to move over a million physical units in the U.S. in just two weeks, so it's been quite the hit for Nintendo. Some people no doubt snatched it ASAP due to the package being a limited-time offer, disappearing from shelves in March of 2021. Is that really going to be the last chance fans have to get these three games on Switch? According to a GamesIndustry interview with NPD's Mat Piscatella, there might be another opportunity in the future.

“I don't think these games will disappear, like what would happen with the old school Disney Vault, but I think there may be additional flexibility and buying options. For example, à la carte purchasing options on eShop. The sales of Super Mario 3D All-Stars should provide additional confidence in bringing other legacy titles to the new platforms, to say the least. But again, it's Nintendo, so I expect to be surprised.”

I can see that happening too, though I’d rather have Mario 64 on a NSO N64 app like the NES and SNES games are today. I’m at 90 stars so far and wow that game gets REALLY tough. I would kill for the save state and rewind features, which the 3D All-Stars version of course doesn’t have.

Also it would be interesting having to re-learn the “inverted” camera scheme for that game after I already had to unlearn it once, since Nintendo swapped the inverted camera without any option to change it.

Also, what's with this obsession of "analysts" of comparing Nintendo with Disney. It's like comparing apples to a basketball.

We don't need analcysts to make this prediction. Many of us said that this will happen back at the announcement and that they were only available for a limited time. I think Super Mario Galaxy 2 will possibly be announced for the Switch eShop at this time as well. The pricing should be:

It's an easy prediction. Kinda like saying Nintendo will announce a new hardware in the future.
The package is limited and there's entangle with Japanese law. So the 3 games bundled will be limited. Separate is another matter.

I also believe Galaxy 2 will be released individually.

As much as I agree that those should be the prices (especially for future rereleases of GameCube/Wii games on Switch), people who paid $60 for the 3 games digitally will be understandably angry if that's the case.

people who paid $60 for the 3 games digitally will be understandably angry if that's the case.


Not when they realize the resell value.

I'm sorry, but what's the resell value of a DIGITAL game?

He's right on one thing though. Sales of this collection should very much hint Nintendo that there is demand for their legacy titles. I mean seriously, I'd kill for a GBA MIni that has