Frighten up your Switch library with these horror games 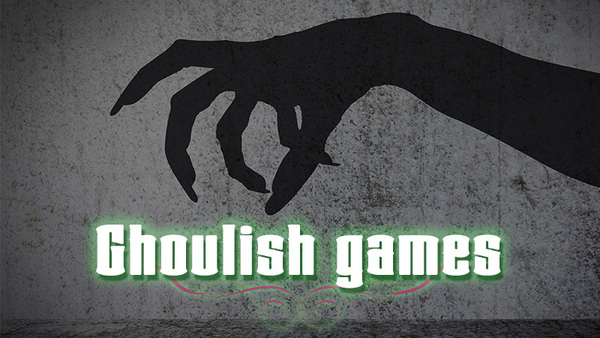 Nintendo's latest rundown of Switch titles takes a look at games that are perfect to play with Halloween right around the corner. As long as you don't mind a fright or two, check out the titles below!

The most chilling of days is upon us: Halloween! You may be looking for a few fright-filled games to raise your Halloween spirit (even if it makes you a little scream-ish). Look no further! We’ve brewed up a list of horrific games with monsters who are dying to meet you.

Delve into a dark fantasy universe stricken by the Curse. Explore the intricate world design, full of hidden passages, dungeons, and secrets. But beware of what lies in the darkness. Black Knights, the once proud knights of Lord Gwyn, wander Lordran wielding cumbersome, though effective, weapons.

Enter the Sevastopol space station to finally solve the mystery of Ellen Ripley’s disappearance…only to confront an unknown menace. Unprepared and underequipped, you will need all your wits and daring to evade your hunter and get out alive.

This 1v4* game allows you to choose between playing as either an unstoppable killer or one of four Survivors trying to evade a gruesome death. Survivors can either cooperate with each other or be selfish. Your chance of survival will vary depending on whether you work together as a team or if you go at it alone.

Assume the role of an amorphous creature in this reverse horror game. Stalk and consume those that imprisoned you to spread fear and panic throughout the facility. Grow and evolve as you tear down the prison that tried to house you, all as you acquire more devastating abilities on your path to retribution.

Leon S. Kennedy, a survivor of the Racoon City incident, has gone on to become a special agent for the U.S. president. The president's daughter has been kidnapped, and Leon has followed eyewitness reports to a cold village in Europe. In that village, a mysterious cult awaits…

A long-abandoned home for the mentally ill recently re-opened and has been operating in strict secrecy…until now. Acting on a tip, you’ll break into the facility, meet the asylum’s residents, and discover the horrors that walk the line between science, religion, nature, and something else entirely.

Wade through the grueling, bizarre world of Darkwood to escape the infested land before it destroys your body and consumes your mind. Explore and scavenge the eerie forests of the Soviet Bloc by day, then hunker down in your hideout at night. Can you hear that growling? Chompers draw near!

This collection contains three Amnesia titles: The Dark Descent, A Machine for Pigs, and Justine. In each game, you’ll discover eerie pathways and haunted visuals as you immerse yourself in three chilling nightmares. Your mind is a mess. What lurks in the shadow?

Explore this nightmarish world and discover the many secrets hidden deep inside. Use devastating combos and brutal executions to smite hordes of monsters and bosses. Locate and equip relics, rosary beads, and prayers that call on the powers of the heavens to aid you.

In ruins of Rapture, deranged Splicers hunt down the Little Sisters who would be helpless without their hulking Big Daddy guardians. To survive, you must use quick thinking, reclaimed weaponry, and superhuman powers granted by DNA-altering. To defeat Rapture's monsters, you must become one.