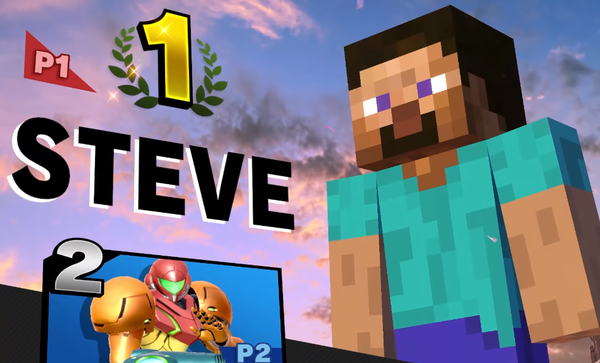 As you most likely know, Steven from Minecraft joined Smash Bros. Ultimate just a couple weeks back. Players were quick to try him out, which is when they noticed something a bit odd on the character's Victory screen. Some rather unfortunate...meat placement led to players thinking Steve's snack was something else altogether.

While this was obviously unintended by Nintendo, they were quick to catch on to what fans were saying. That's why it's no surprise to see the Victory screen changed in today's 9.0.1 update. Now Steve just takes a quick bite of his favorite treat before storing it away for later.

I somehow managed to not even play Smash once in the time since Steve dropped, which is saying something because usually I play once or twice a week with friends, so I never got to see his suggestive victory pose.

Homer is not impressed. You don't win friends with censorship.