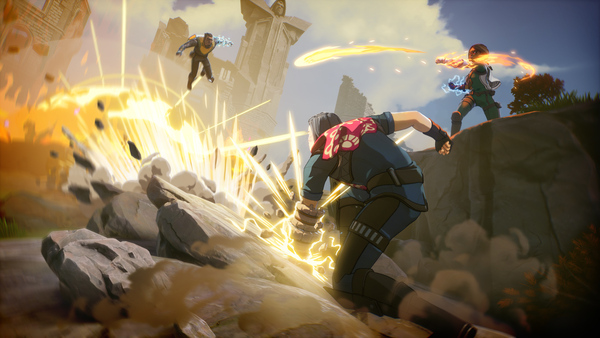 Spellbreak is getting updated tomorrow with a wealth of new content, including the Prologue chapter, The Gathering Storm. This Prologue will be free to all players, and features weekly quests with unique rewards.

While the chapter itself will act somewhat like a battle pass you find in other battle royale games, developers Proletariat say the way content is presented will actually be more MMO-like. You can see what the team had to say in a snippet from a Kotaku interview below.

“I think the way you see a lot of the quests play out in the Chapters will look very familiar to [MMO players]. So today we were just talking about this with one of the quest designers: What happens when two groups of players meet at this quest object? What do we want to do? Do we want it to be a friendly thing or a less friendly thing? It’s very reminiscent of how quest NPCs in MMOs or more traditional RPGs give you a quest, then you go out and accomplish it. And then it can segue into a quest chain or further exploration of the world.”