"Explore the forgotten ruins of the ancient time."
23 October, 2020 by nintendojam | Comments: 0 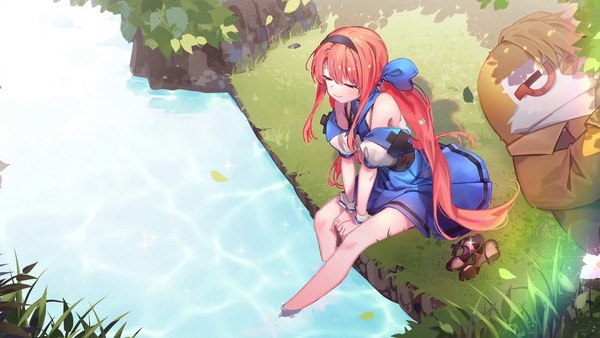 QV is an original action adventure game that features beautiful graphics, colorful characters, and a variety of actions. In the game, the player controls a dimension-travelling girl named Quby and explores the forgotten ruins of the ancient time.

The story takes place in the world with many multiverses. As the Dimensional Core stopped working, the balance between dimensions becomes unstable, leading the dimensions to start collapsing altogether. Quby, the only one who can access the Core, heads to the ruins made by ancestors to find a way to repower the Core.

Quby's journey will be hindered by hostiles and obstacles in the ruins. The player must use Quby's inter-dimensional power and cooperate with companions to pull through the danger and explore the ruins. Find out what secrets are hidden in there, and get to the Dimensional Core!

The magic brush is Quby's true partner in her adventure. With the brush, Quby can draw portals and make an ink bridge to walk on water. Connecting two portals creates a tunnel, through which Quby can freely warp between two places of the ruins.

■ Meet the Characters
Quby
The last descendent of the ones who can access the Dimensional Core.
She opens the portal to the Core to restore the balance between dimensions.

Varon
A penguin swept away from his home world by accident.
After meeting Quby in the ruins, he decides join in her adventure.

???
A charming but cold girl veiled in mystery.
Where could she have come from...?

One of the featured games in Tokyo Game Show 2020, QV will be released for Nintendo Switch. Its official release date will be announced soon.