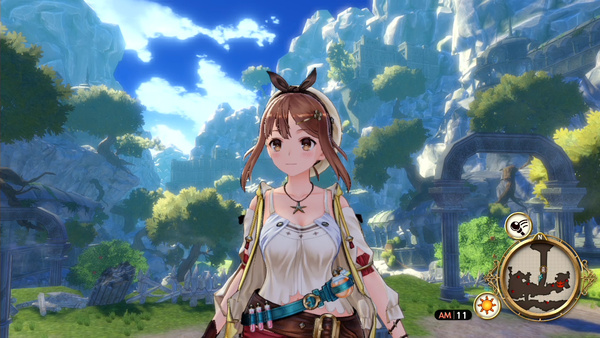 The Atelier series has been going on for a long time now, but none of the games have seen success like Atelier Ryza: Ever Darkness & the Secret Hideout. It's the best-selling entry in the franchise, and continues to woo in new players. What caused this entry to do so well compared to all others? Atelier Ryza series producer Junzo Hosoi shared his thoughts in a NintendoEverything interview.

I think that Toridamono-san’s character design gained a lot of attention and was well-received by the players were the key points. And the feeling of being stuck in her everyday life and wishing for an extraordinary experience is something that each one of us feels, may be have resonated as well? I think that Ryza being a relatable, true-to-life girl is what made her connect with a lot of people.

It's almost endearing at this point to see this guy try so hard to sell the game as more than an appealing character design. I legitimately can't decide if he believes the things he saying and actually think there is more to the sudden boom in popularity than just the character design or if he is just staying professional to push all aspects of the game

The Atelier games actually are pretty good and have a solid fanbase, albeit niche. Reisalin’s appearance undoubtedly brought more attention to the game but there’s absolutely more to it than that.

Ive been playing the games since before they came to the US. I am very aware of who plays them. The games were on a downward spiral since Meruru where the only attempt to bring in a new audience was changing to a new artist every few games while gameplay, story, and characterization fell to the wayside, and that is exactly what happened here as well.

The only difference is that the artists for 10 years continually tried to emulate the style of the Arland games, where the lead was petite with very frilly outfits. They've struggled for years to try and recapture that peak of the series while doing nothing meaningful. The game prior to Ryza was Lulua, which was an already uncharacteristic move for the series in that it was the 4th game in the Arland series, the series which peaked in sales, as a desperate attempt to bring people back.

Ryza was nothing more than the same type of lateral move to draw people in. They changed the thematic approach to their lead character and thats all. The story and characterizations in Ryza are absolutely dreadful compared to old games, which is the general consensus among a lot of people who have been playing the series for years. The gameplay is different, but still extremely weak.

The reactions from people and their advertising are solely about Ryza's design. KT knows it and is absolutely leveraging it as well. Look at his Keychain in 2's deluxe edition for god's sake https://gonintendo.com/stories/370884-atelier-ryza-2-lost-legends-and-the-secret-fairy-s-cafe-and-batt There is absolutely not more to it than this. The gameplay, story, and characters are shallow. The advertising and merchandising is shallow. Please, if there is "absolutely more to it than that", enlighten me.

If you prefer the older games I’m not about to try to convince you you’re wrong.

What a poor, cop out answer instead of trying to bring anything to the discussion. You said there is absolutely more to it, then why not share what that is? Because Gust themselves isn't doing anything to show us that there is any more to it https://m.facebook.com/ateliergames/videos/1323675517980510

No offense but I have better things to do with my time than get in to a debate. Clearly you have much stronger feelings about it than I do.

Huh, and here I was thinking it was the whole "shorts so insanely tight that I'm surprised she has any blood flow in the lower half of her body" thing.