Nintendo focuses on games featuring Boo as we head towards Halloween 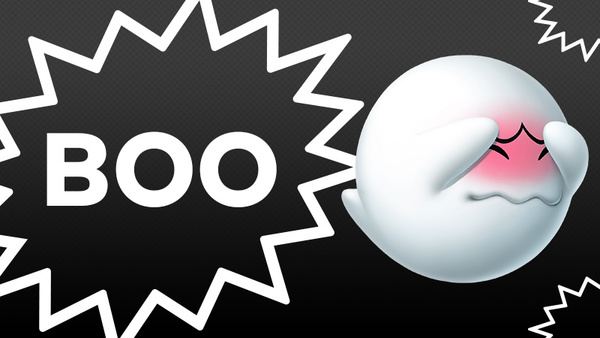 I think it's safe to say there aren't any scary Mario games out there, but there are plenty of Mario games with ghosts! It all started with Boo, and Nintendo has put together a special feature chronicling some of the Boo-related games you can play on Switch right now. Check out their round-up below!

Wait, don’t be scared—we’re just talking about the character Boo! This spectacular specter has been (dis)appearing through Mario’s adventures since the Super Mario Bros.™ 3 game. While their look (and sizes) may have changed throughout the years, Boo’s roller-ghoster career has been conjured onto the Nintendo Switch™ system.

In honor of the ghostest with the mostest, we’ve gathered a few of the games where you can peek-a-Boo or two (or, at least find their fa-boo-lous kin—like King Boo!).

Super Mario Odyssey doesn't have Boos...but it should have had them instead of Cappys.