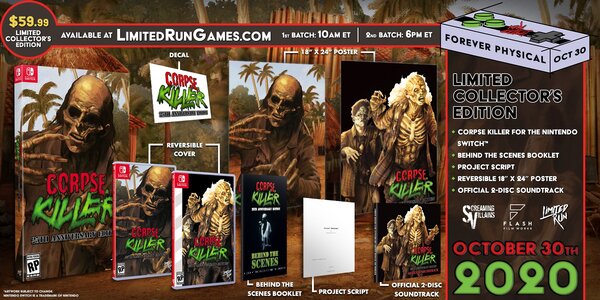 The next physical release for Switch from Limited Run Games has been revealed, and it's another infamous SEGA CD title. The publisher is working on a retail version of the FMV title Corpse Killer for Switch, and there's both a standard and Collector's Edition on the way. You can see the Collector's Edition above, which includes the game, behind-the-scenes booklet, project script, poster, and two-disc soundtrack. Both versions of the game will be up for grabs starting Oct. 30th, 2020.

But why though? This game is atrocious.