Make space for these games
30 October, 2020 by rawmeatcowboy | Comments: 0 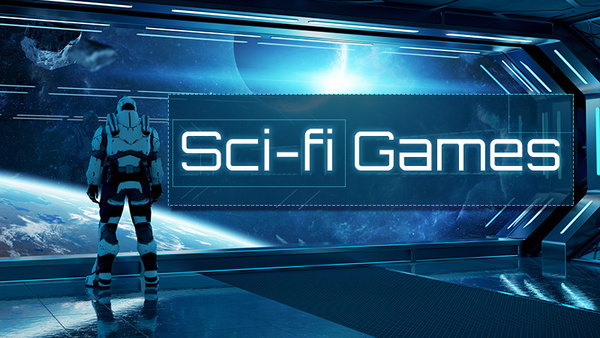 Nintendo has had some rather out-there themes with their Switch game recommendation features lately, but today they've swung back in the more normal direction. Their latest feature rounds up some must-play sci-fi games on the Switch. See how many of their picks you know about in the press release below.

Whether you’re looking to explore distant galaxies or alternate realities, the science fiction genre offers a seemingly endless array of possibilities! Let your imagination run wild with these sci-fi games.

Lost in transit while on a colonist ship bound for the furthest edge of the galaxy, you awaken decades later only to find yourself in the midst of a deep conspiracy. As you explore and encounter a host of factions vying for power, who you decide to become will determine the fate of everyone in Halcyon.

Juno Markev has a killer to tail, a debt to pay, and more trouble headed her way. Strap into a variety of spacecrafts in this greasy, blue-collar world of outlaws, truckers, cops, and thieves. Settle a score in a filthy space-bar, rock out to over 24 hours of music, and engage in a few white-knuckle dogfights.

While the Orokin Empire may be the remnant of an ancient past, the remaining Orokin’s presence can still be felt throughout the solar system. Follow the Lotus and learn the ways of the Warframe. Initiate single-player missions or join others for up to four-player online cooperative play.

When the moon tore apart, the sky bled red with light, ushering in an apocalyptic new age…and to survive, you must fight. As a mercenary, defend Earth through high-speed combat against corrupted robots in a series of missions from the cockpit of your Arsenal, a fully customizable mech.

Jump into a colorful team-based shooter game starring a diverse cast of powerful heroes, each with their own set of devastating abilities. Travel the world, build a team, and contest objectives in exhilarating 6v6* combat.

The sinister Ravenous and his legions of brutal demons are poised for battle. The situation is dire, but humanity has one final ace in the hole: the Panzer Paladin. Hop in the Paladin power armor, seize melee weapons from the demonic invaders, and give them a taste of their own medicine!

As Kyle Katarn, agent of the New Republic, use your Lightsaber and the full power of the Force to combat the evil plaguing the galaxy. Test your skills in 24 single-player missions and in six different types of multiplayer games including Jedi Master, Deathmatch, and Capture the Flag.

In this action-packed RPG, you’ll step into the role of Lea, a silent protagonist taking on a massively multiplayer online game in the distant future. Build your skills and equipment as you encounter huge hostile cyborg crabs, a seaman with a jetpack, and head-banging meerkats.

Aliens rule Earth, promising a brilliant future for mankind while secretly hiding a sinister agenda. As the leader of a guerrilla force facing impossible odds, you must ignite a global resistance to eliminate the alien threat. XCOM 2 Collection includes four DLC packs and the War of the Chosen expansion.