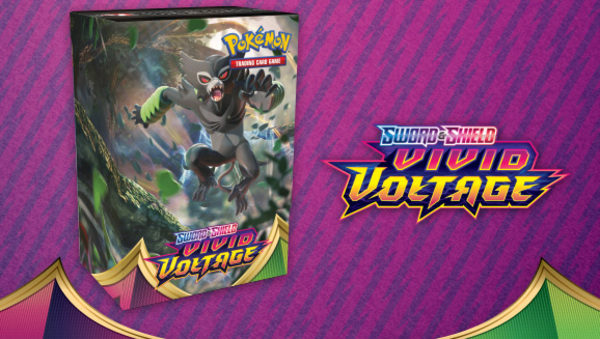 Consider yourself a Pokemon TCG super fan? If so, you'll most likely want to get the game's latest expansion ASAP. Turns out you can get a jump on the competition, so long as you visit the right retailers. Get the full scoop in the press release below!

The upcoming Pokémon Trading Card Game expansion, Sword & Shield—Vivid Voltage, is set to be released on November 13, 2020, but you can get your hands on these new cards early through your local hobby store. Starting October 31, 2020, select retailers will be selling the Pokémon TCG: Sword & Shield—Vivid Voltage Build & Battle Box, giving fans the opportunity to check out this latest expansion before its wide release date and build a playable deck in the fast-paced Prerelease format.

This format lets players construct and compete with a 40-card deck, with four Prize cards set aside at the start of play. It's a great way to get in some quick games with family or friends and begin developing strategies ahead of the expansion's release. Each Build & Battle Box includes a 23-card Evolution pack featuring key cards from current and prior sets, including one of four alternate-art promo cards. You also get four Pokémon TCG: Sword & Shield—Vivid Voltage booster packs and a deck-building tip sheet.