It's the censored version, of course!
by nintendojam
06 November 2020
GoNintendoGN Version 5.0 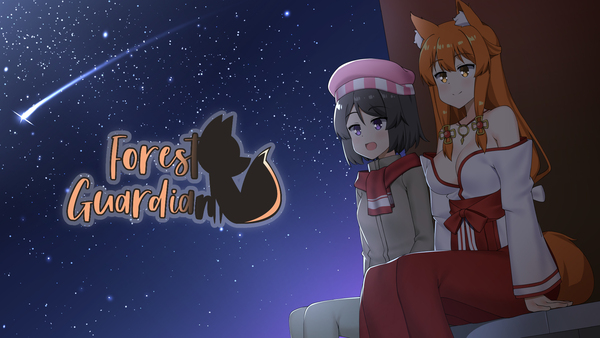 The clean/censored T-rated version of the yuri visual novel "Forest Guardian" from developer TsukiWare is on its way to Nintendo Switch, thanks to publisher Top Hat Studios. Launching on November 12th, 2020, pre-orders are currently available on the eShop for $10.99 USD. Check out a synopsis of the game below.

What would you do if you met a fox girl in a forest?

After collapsing in a forest while trying to make it to the local port before winter sets in, a lone merchant, Anna, wakes up in a pristine shrine. It doesn't appear as though anybody else is there, with the exception of the caretaker, a kitsune who introduces herself as Mayu. Being the guardian of the forest, Mayu laments the fact that, with the exception of Anna, she has not had any visitors to her shrine in many, many years. Yet duty calls, and she is a very diligent fox girl.

As thanks for saving her, Anna wants to help Mayu bring visitors back to her shrine, but what she learns in the meantime may end up making her change her mind. Confronted with Mayu's past, what will Anna do?