Ghostrunner was available on Switch today for a few hours, only to be yanked and delayed to Dec. 9th, 2020 (UPDATE) 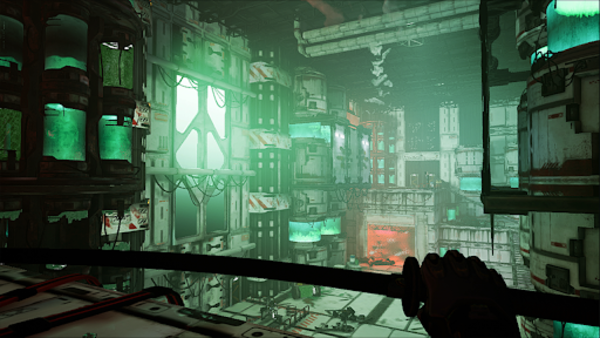 All parties involved with Ghostrunner put out a press release today stating that the game was available. This was actually the second release date for the game, as Ghostrunner ended up being delayed just one day prior to its launch last time. All's well that ends well, right? Unfortunately, it seems there's been another delay, and it's even more last-minute than the first.

As I said, a press release came out today confirming the launch of the Switch version. We even shared that press release a few hours ago. Some people even managed to download the game shortly thereafter, but now it's been yanked from the Switch eShop. That goes for both Europe and North America. Now the listing says Ghostrunner will be out on Dec. 9th, 2020.

There's been no explanation as to why a press release for the game's release came out today, and now it seems to be pushed back to Dec. 9th. We'll try to get comment on the matter.

UPDATE - The PR side of things reached out to us and said they've had no communication that would indicate any delay. We'll keep digging to see what we can find.

UPDATE 2 - It seems most of the issues have been worked out. You can download Ghostrunner right now, but make sure you choose the discounted version of the game. There's a second listing on the eShop that shows the Dec. 9th, 2020 date, but that's meant to be a listing for when the early-purchase discount ends. Not sure why the goof happened, but at least the game is available now.

Well that was odd.... Anyway, this one should be i VR.

Kinda feel lucky that I was able to buy it today now.

Kind of an ironic name for the game as it's a ghost on the Switch eShop and it's done a runner. 👻 🏃

it's even more last-minute

Delaying a game after it's technically released is going so far beyond "last-minute" that all the minutes are gone and we now exist at negative minutes.