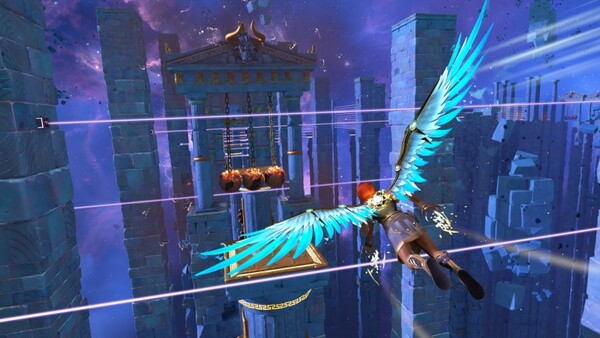 Immortals: Fenyx Rising is a brand-new IP for Ubisoft, and they're hoping it'll be welcomed with open arms by players the world over. That includes Assassin's Creed players, who we have to thank for this game. Immortals may never have come to be without it.

In an interview with Game Informer, the very first jumping point for Immortals: Fenyx Rising came from an unexpected glitch in Assassin's Creed Odyssey's. Director Scott Phillips elaborated on the discovery.

"There was a bug at the time where you’d be sailing on your trireme and instead of having a normal human crew, you’d have a crew of cyclops. We knew that was wrong for Odyssey, but it also sparked this idea of, ‘Actually it would be quite cool if we can break those historical bonds and just go full force into mythology.'"

Breath of the Wild was what you took inspiration from. Let’s not skip over that, yeah?!