I'm determined to purchase this
19 November, 2020 by rawmeatcowboy | Comments: 0 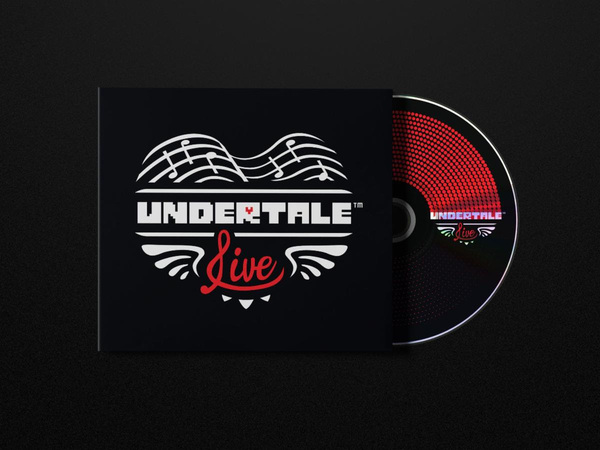 Undertale definitely has one of the best gaming soundtracks in recent memory, and millions of fans can't get enough of the numerous catchy tunes. Soon enough, fans will be able to enjoy an all-new concert featuring multiple songs from the game, followed by a CD release. Get full details on both in the press release below.

Materia Collective is pleased to present Undertale LIVE, a special live performance that takes fans back to the underground. Featuring new arrangements for Fifth House Ensemble’s acoustic dectet, drum set, and electronics by music director Eric Roth of AWR Music Productions and Chris Opperman, Undertale LIVE reimagines game creator and composer Toby Fox’s beloved, quirky, genre-scrambling score as the core of an interactive show where audience members make the choice to slay or spare from the edge of their seats. Including new versions of Undertale staples drawn from all three routes, as well as arrangements of unreleased tracks, Undertale LIVE offers fans a fresh way to experience their favorite moments, dogs, and operatic arias performed by killer robots.

Undertale LIVE can be streamed for free on Twitch on Saturday, November 21 at 7:30pm CST.

The accompanying Undertale LIVE album will be available to purchase digitally during and after the show with pre-orders for the physical CD release opening during this time. The physical CD version is planned for release early in 2021.

"Undertale LIVE is certainly the only album in which you’ll hear a French horn player imitating the sound of a ghost singing to itself," comments the Fifth House Ensemble's Artistic Director, Dan Visconti. "Using classical instruments to reimagine this videogame fantasy world has led to some incredible creativity. With so many exciting Undertale arrangements and covers in the aether, we wanted above all to contribute something distinctive - and to create a live touring event where fans could experience this music as part of the game’s story, participating in the narrative by voting to slay or spare via text message and driving to a different ending each night."