Five Nights at Freddy's creator says the movie starts filming in Spring 2021, shares the many, many discarded screenplays

A major milestone has been hit
20 November, 2020 by rawmeatcowboy | Comments: 1 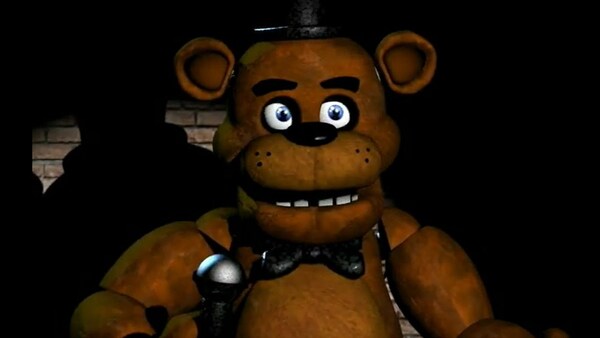 Five Nights at Freddy's creator Scott Cawthon and movie studio Blumhouse have been working extremely hard to get the FNAF movie off the ground, and it seems they've finally made some major progress. Cawthon took to Reddit to share that the movie will officially start filming in Spring 2021. A final screenplay has been decided on, but there were many, many others that got ditched along the way. You can read details on each of the scrapped screenplays below.

Before we get to the bad news concerning the state of the Five Nights at Freddy's movie, I wanted to share a brief history of the FNAF screenplay. It's been a long road, so let's take a look at some of the screenplays that have come and gone over the years, in no particular order. (Or, feel free to skip to the end really quick to see the bad news, and then come back and enjoy the list!) ;)

Some of these came from big studios, some from big directors, some from me, and some from other hired writers. I gave the screenplays a name, and I'll include a brief synopsis, as well as what ultimately led to each screenplay being rejected.

Problems: Although a pretty basic setup, there were a lot of odd choices here, which only got weirder as the story continued. The story ended with our protagonists in a secret underground animatronic factory that was designing robots for the government. -___-

Problems: Although sharing names of familiar characters from the series, these characters had nothing to do with their game and book counterparts. So, while featuring familiar elements of the games, it seemed too "loosely based" on the game, and lost a lot of its impact because of it.

Verdict: Felt like a random bag of FNAF elements with no real stakes. Meh.

Basic Setup: Kira and I both worked on three versions of a Silver Eyes screenplay over the course of about a year, trying to find the right approach to the story from the first book.

Problems: These were the first attempts I made myself to write a screenplay after realizing it was going to be difficult to find someone else who understood the lore well enough to do it. Unfortunately, it also meant these screenplays suffered greatly from my inexperience at writing. Even Kira, with her writing expertise, couldn't save them.

Verdict: Although these had some good elements, I ultimately decided to focus on making a screenplay from the games and not from the books.

Basic Setup: A kid who watches after a pawn shop finds trouble when an animatronic is brought in. It turns out Freddy's had been robbed, and the animatronics were taken to different locations for sale. The other animatronics come to retrieve the one at the Pawn Shop, and the kid and his friends get roped into adventure.

Problems: A creative approach, but felt a little too much like "a boy and his animatronic". Too much after-school adventure, not enough horror.

Verdict: Seemed like a good idea at the time.

Basic Setup: Diving deep, this screenplay packed in a lot of lore, following the story of Cassidy.

Problems: Spanning multiple time-periods, following multiple characters, and featuring lore from multiple games, this was pretty saturated, saturated to a fault. It may have been satisfying to the most hardcore fans, but it would have left the majority of people confused and lost. (Hey wait, maybe this WAS the most accurate screenplay...)

Verdict: Ultimately more of a visual encyclopedia than a movie, this just wasn't satisfying, even to me. Out.

Verdict: Not a bad setup, but it just didn't work. If I don't care about the characters, then there's a good chance no one else will either. Pass.

(This was going to be THE screenplay for a while because it didn't have any serious flaws. I ultimately just decided it wasn't good enough though.)

Basic Setup: A group of amateur ghost-trackers sneak into the abandoned Freddy's.

Problems: Although a very common-sense setup for this sort of movie, the problem again arose about how to give these characters a connection to Freddy's itself. What ended up happening was too much of the story went to their own backstories and their own hardships, and it took the spotlight away from the story of Freddy's.

Verdict: A stronger connection between protagonist and Freddy's was needed. Lesson learned.

Basic Setup: Another ghost-tracker variation, this one involved the Funtime Animatronics, underground ball-pit tunnels, and a Marionette out for revenge!

Verdict: Too all-over-the-place, with too many characters doing too many things.

Basic Setup: Hmmmm. This makes sense. Why didn't I think of this before?

Verdict: Yeah, we're going with this one. It's fun, it's scary, and it has a great central story!

Oh right, so onto the bad news. The bad news is that there won't be any more screenplays to add to this list since we're officially making the "Mike" screenplay.

I'm more excited than ever! It's great that the original creator is the one to decide the script, though he barely avoided that weird Misfit Kid one.
The lore in these games is great and I would love to share my fascination with it with some friends who are not that interested in the games.