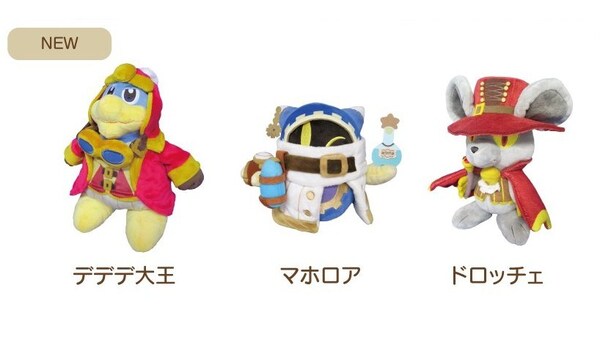 Sanei Boeki released their first wave of Kirby’s Dreamy Gear plush dolls back in 2019, which included Kirby, Waddle Dee, and Meta Knight in Steampunk attire. It seems that line went over well, as a second wave is on the way.