Hyrule Warriors: Age of Calamity might contain a sly reference to Link: The Faces of Evil on CD-i 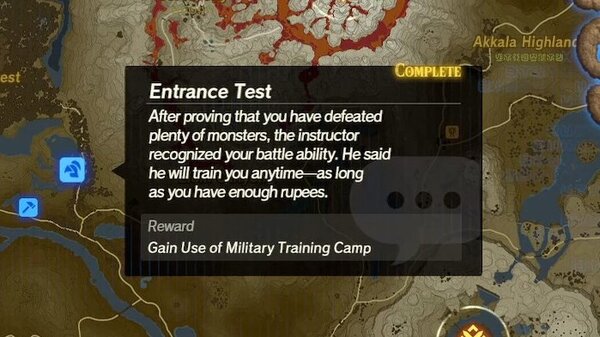 Hyrule Warriors: Age of Calamity is now available, and fans have been spending countless hours battling their way through the land of Hyrule. Some of that time includes bouncing around the map to upgrade Link and his buddies, and some players think they've spotted a reference to a not-so-classic Zelda game hiding on the map.

As you can see in the image above, one spot on the map talks about the ability to train, so long as you have enough rupees. It might not seem like anything at first, but those who are familiar with Link: The Faces of Evil on Phillips CD-i think the line is a reference to that game. You can hear why that is by playing the clip below.

The two lines are pretty much exactly the same. Was this nothing but a coincidence, or a sly nod thrown in by the localization team?