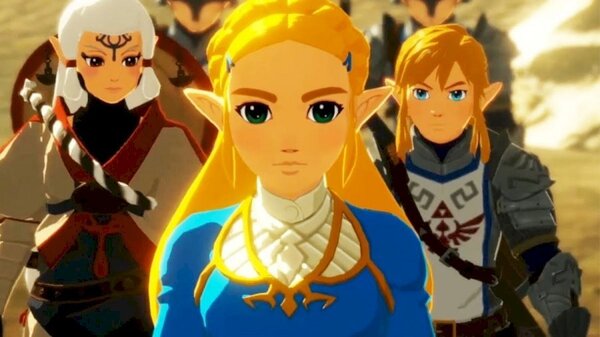 Hyrule Warriors: Age of Calamity launched on Nov. 20th, 2020, and it's already set a record. Koei Tecmo has confirmed that they've shipped 3 million units of the game worldwide. Believe it or not, that's a record for the Warriors franchise. Koei Tecmo has released countless Warriors games over the years, but no other entry has ever shipped over 3 million units. Looks like this spin-off really hit the mark!

Some people will always find a way to complain about this game.
First it wasn't a decent Nintendo holiday title because the Warriors series is niche and doesn't sell.
Now that they've already shipped 3+ million units worldwide, they will say that they are not actually sold, as if Nintendo had done zero market research and produced 2+ million extra copies just to get a headline.
Then, when the game is confirmed to have sold those units and more, reaching 5 million units sold, they will say it is still a far cry from BotW sales.

Moral of the story? These are the people that will also diminish everything you do in life and are horrible company

I think the success of this game will pretty guarantee another Hyrule Warriors. I just hope the next game doesn't bring back the rock music. The music in Age of Calamity is so good because it sounds like Zelda music!

But I'd like to see another game that brings 3D interpretations of bosses from 2D Zelda games. The first Hyrule Warriors got pretty repetitive with the same boss fights.

Agreed, this soundtrack is so much better, I love it.

There was rock in HW? Now you tell me...

To be fair, shipped does not equal sales. We'll have to wait to see if the game is really a success when sales numbers release later.

Not this bull nonsense again. Shipped isn't the same as sold. The one place where we've had the charts so far is the UK and it didn’t make the top 5. It's reputed to have sold around 25,000 copies, which is less than 2%(may be closer to 1%) of the Switch market there. The Switch has sold nearly 70 million units, that would mean it needs to sell to around 4.25% of that base. When you look at it like that, I suppose it's not unreasonable and the UK isn't Nintendo territory. Let's see what the Japanese chart brings in a couple of days.

To Nintendo, sold and shipped pretty much means the same doesn't it?

Also by the same metric of install base, anything that sells less than 70M units is a failure (less than 1% of the population and all)

It not the same though, and I don’t think people understand what I'm saying. I'm not slating the game or saying it's flopped. It won't, and it's Nintendo's(and Koei Tecmo's) big and only holiday title, albeit, in a non Covid world, this would never be the case. But that's a separate discussion.

I'm saying there aren't 3 million Switch customers who own Hyrule Warriors: Age of Calamity. Nintendo have produced enough copies, both physical and digital to accommodate that demand, and it's at least how much they expect to sell, eventually, probably quickly.

This is a marketing statement from Koei Tecmo, but it's also Nintendo as well, and they will push for its success. I wouldn't be surprised if they Tweet it out tomorrow. It's advertising, and it's been posted by loads of sites. It's them saying look how much faith we have in the game, how confident we are of its success, because we think it's great.

The game had come out a couple of weeks prior. I don’t believe it had SOLD 1 million copies at that time. That was the very beginning of August, the following April, when Nintendo posted their financial results for the fiscal year ending at the end of March, the game had sold 1.17 million copies, physical and digital. Yes, the game got there eventually, but that was over 8 months.

I see people within this story, having digs at me, some direct, some indirect, and their posts clearly show they don't know the difference. I also don't think some people understand how game sales work. If a game flops, retailers can return unsold copies. It's not like once a game is shipped, that’s money in the bank for the publisher, and the retailers take the hit should it fail.

kendricklamario Zealot
Tue Nov 24 20 01:14pm
Rating: 1 (Updated 2 times)
Once again, the success of this game in the UK so far has absolutely nothing to do with Nintendo’s popularity here. Link’s Awakening debuted at number 1. Breath of the Wild did great here. Zelda is popular here. This is a question of “are Warriors games popular here” and, judging by my own experience and looking at the UK sales figures we have: probably not. I know of one other person I’ve ever met in my life who has even played them let alone enjoyed them. I have a lot of friends who are big Zelda fans who really couldn’t have cared less about the original Hyrule Warriors and couldn’t care less about Age of Calamity because they’re not Zelda games. If they’re reflective of the UK at large then it’s not a surprise that it isn’t lighting the charts up here. If this were BotW 2 I guarantee it would be doing far better here.

This is such a poor, fallacious argument that comes down to splitting hairs solely to argue, and it always will be. Not only is there nothing wrong with what KT says as the amount they shipped out is indeed record breaking for the series, to them, shipped is all that matters, as they've made money from retailers off of every single copy they shipped, and they have no other metric to gauge from, as they dont personally track sales.

Also continuously citing what the UK buys will never matter to what the rest of the world as, believe it or not, its not an accurate representation. Using total numver of Switches sold is so beyond dumb, as well. At that point, any game made will be a failure when you look at only attachment rate, as most games will struggle to break that single digit percent.

Game success is based off money put in compared to money made, something you don't seem to grasp as that sales number is the only thing you think matters nor is it something you'll ever fully have any insight to, so maybe its time you stop whining in every single sales article?

I did point out that the UK isn't Nintendo's best market and said that it's probably doing better elsewhere, but it's the only place where we have the charts so far, and a rough idea of the numbers.

Shipping versus sold isn't "splitting hairs" as you put it. If a game fails to sell, they can be returned to the publisher. Publishers also decide if a game can be discounted in store and reimburse the retailer. Why do you think Nintendo games are full price in store on a near permanent basis, regardless of success or not?

And have you ever heard an expression involving a pot and a kettle?

What I take from the 3 million shipped is that both Nintendo and Koei Tecmo are confident in the game's long-term success.

Shipping over 3 million in a week is seriously impressive for the franchise. The most popular Warriors games only sit around 1 million shipped in their lifetime, with many not even reaching 500k. I guess it helps that they collaborated on a series that has larger worldwide appeal and on a wildly successful system.

Nintendo...are you sure you don't see hyrule warriors as a series?

Some people will always find a way to complain about this game.
First it wasn't a decent Nintendo holiday title because the Warriors series is niche and doesn't sell.
Now that they've already shipped 3+ million units worldwide, they will say that they are not actually sold, as if Nintendo had done zero market research and produced 2+ million extra copies just to get a headline.
Then, when the game is confirmed to have sold those units and more, reaching 5 million units sold, they will say it is still a far cry from BotW sales.

Moral of the story? These are the people that will also diminish everything you do in life and are horrible company

We know how this works =)

Still on the fence on this title, but it does have some BOTW prequel-ish story so I might ahve to.... Hey! I finally found out I'll get Mortal Kombat 11 even with the always online shit because of Mileena alone, so...I'll probably get this one down the line too =)

I've already bought mine, but it'll only arrive for Christmas. Until then I'll live on Dragon Quest XI S, Cyberpunk 2077, Monster Hunter Stories and Pokémon HeartGold.
I've never ever EVER owned a Mortal Kombat game. I only played it a few times at a friends house in my early teens, but when I started beating him he never put it on when I was there.

Don't forget that Nintendp are earning shitloads of money with the Switch,but still DOOMed! Such is life.

Cyberpunk... Damn I loce cyberpunk. Will the game be good? Well, it's from CD Red so at least it should have quality. But unsure if I wanna wait for the PS5 version...

I refused to get MK11 because of three reasons, one was the lack of Mileena, the other was always online play...Now that Mileena are all in the game I must bow to beauty! Oh and Baraka and SKorpion are there too =D

I only played it a few times at a friends house in my early teens, but when I started beating him he never put it on when I was there.

Some analysts says Nintendo's been doomed since 1889 XD

I tried getting into different fighting games recently, but Street Fighter V was frustrating and disappointing on so many levels it kinda killed that vibe for me. So I'll be sticking to Smash and King of Fighters 98

Taking the day off and enjoying turning 33

33? Damn whippersnapper (whatever that actually is). Shall we have a bout in Smash Ultimate? Let's see if you have the talent, not just the big mouth!

How old are you to be using language from a few centuries ago? :P

As much as I'd love to lose to you in Smash Ultimate, my internet is slower than a sloth this week

We have this thing in Brazil where rain affects internet speed. The rain won't last because of summer, so we can duke it out online then

Pictures of us :P
Had to edit one because it didn't work hehe 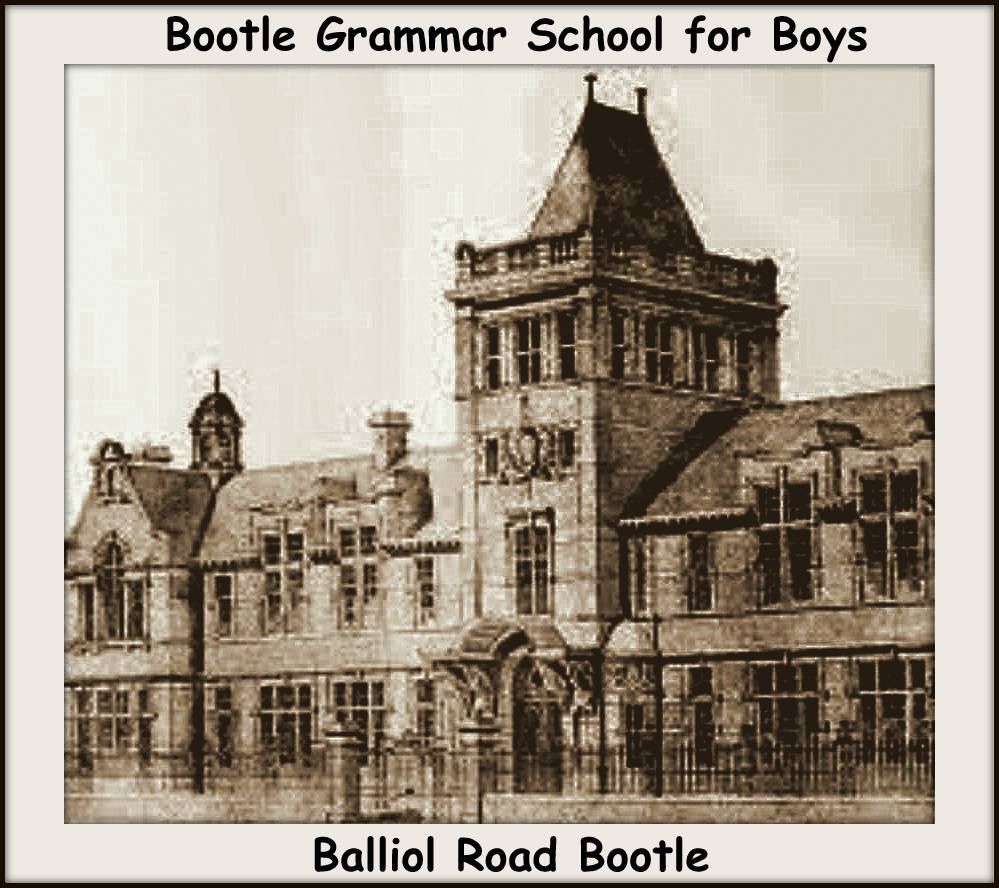 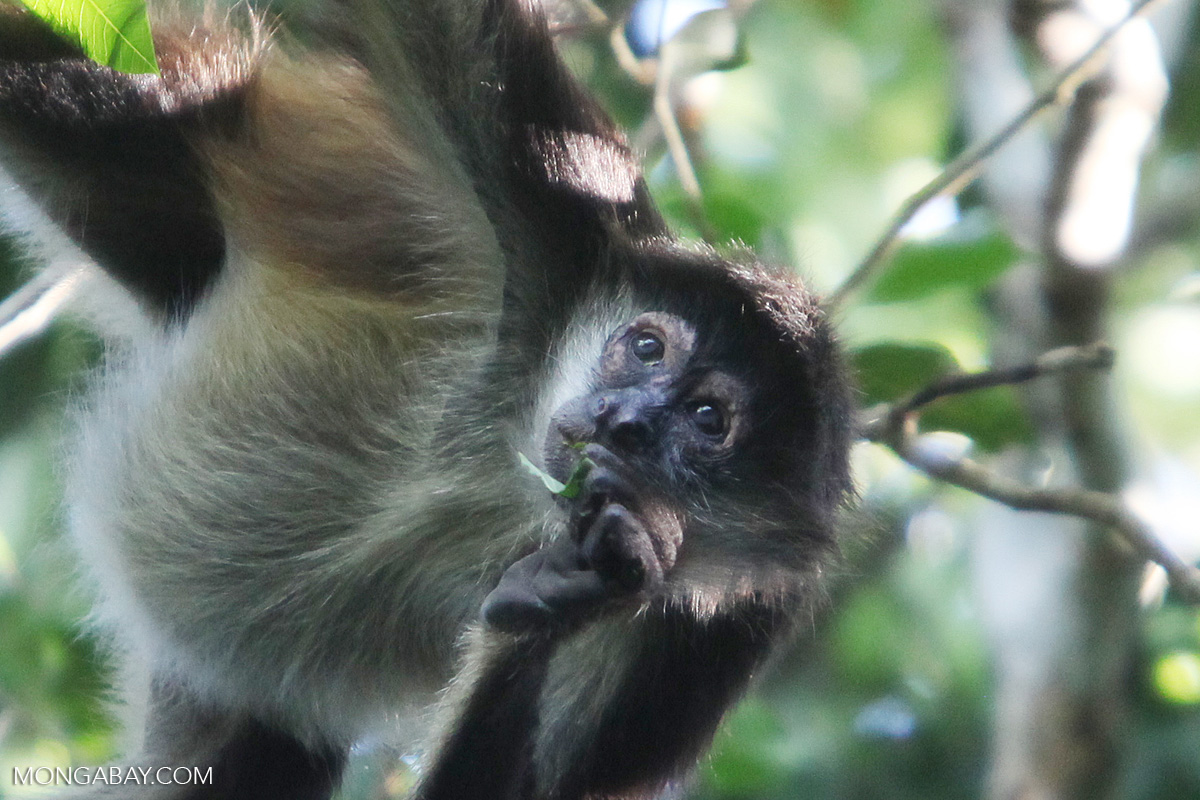 Hahaha. And I just looked up the origin of whpersnapper and I am nerdly laughing xD

The UK is a terrible measuring stick considering what happened with pikmin 3. On top of that digital sales are not counted in that total. KT sees units shipped as well digital units sold and combines them into one number. There is no way this number can be downplayed when it’s the industry standard of measuring success. 3 million in 3 days is huge.

It’ll easily sell through that stock and more. If you’re sour on Hyrule Warriors AoC based on the first HW, I urge you to reconsider. Play the demo. This game is light years better than the first.