Jump into these 2D and 3D platforming games 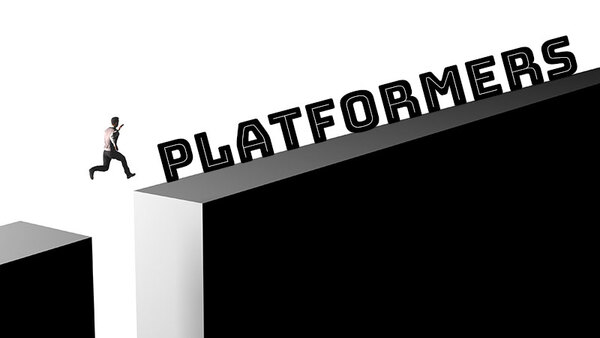 Platformers have been Nintendo's bread and butter for years now, and they've certainly put out their fair share on Switch. That said, there are plenty of other options from third parties as well. Nintendo has put together a short list of their favorites, which you can read in full below.

We’ve gathered a list of 2D and 3D platforming games that may have you showing off your ledge-ndary abilities. Just watch out for pitfalls!

In the Super Mario Bros.™ 35 game, 35 players* are each given the same timed stage but must defeat enemies to earn extra time and attack opponents. Don’t forget to pick up some coins on your way—they can be used to get in-game items like power-ups. Will you be the last Mario standing**?

Help Madeline survive her inner demons on her journey to the top of Celeste Mountain. In this narrative-driven single-player adventure, you’ll meet a cast of charming characters as you journey up a massive mountain with over 700 screens of hardcore platforming challenges and devious secrets.

In the mayhem-filled streets of the future, criminal gangs rule and cops fear to tread. Only the bounty hunters can free the city from the corrupt fist of felony. Lay waste to the criminal underworld as you run, jump, and take cover in this hard boiled action-comedy-arcade-shooter.

Brutal demons have invaded and are poised for battle. The situation is dire. What are you going to do? Hop in the Paladin power armor, seize melee weapons from the demonic invaders, and give them a taste of their own medicine, that’s what!

Bloodstained: Curse of the Moon 2:

Ready for more sword-and-whip action? As Zangetsu, battle your way to the demonic stronghold, taking on fearsome enemies, dangerous traps, and massive bosses. But you don’t have to do it alone. Ally yourself with a cast of characters you meet along the way in this 2D action-platformer.

Sakuna: Of Rice and Ruin:

Take on the role of Sakuna, a spoiled harvest goddess banished to a dangerous island with a group of outcast humans. As she explores the hostile island environment, she will find a home in a mountain village, aiming to prove herself worthy of her title by harvesting rice and bettering the lives of humanity.

Ori and the Will of the Wisps:

In this action-platformer, the little spirit Ori is no stranger to peril. But when a fateful flight puts the owlet Ku in harm’s way, it will take more than bravery to bring a family back together, heal a broken land, and discover Ori’s true destiny.

Run and gun your way through boss battles while gathering additional weapons, learning powerful super moves, and discovering hidden secrets while you try to pay back your debt to the devil. Experience the swell platforming action inspired by cartoons from the 1930s.

Traverse islands packed with platforming perfection and nonstop action as you try to thwart some nefarious arctic invaders. You’ll also get the choice to play as the classic Kongs in the original game or mix things up by playing the story as Funky Kong.

Awaken in the Prisoners’ Quarters and take on the role of a failed alchemic experiment. Keep the gleam in your eyes as you slay your enemies using swords, bows, and spells. Customize your character differently with each and every run, but your skills will get you to the end. Kill, die, learn, repeat.

Explore the vast, twisting caverns of a ruined Kingdom, battle tainted creatures, and befriend bizarre bugs—all in a hand-drawn 2D style. Choose which paths to take, which enemies to face, and find your own way forward as you gain spells, strength, and speed.

Explore this nightmarish world and discover its many secrets hidden deep inside. Use devastating combos and brutal executions to smite hordes of monsters and bosses. Locate and equip relics, rosary beads, and prayers that call on the powers of the heavens to aid you.