Add to your digital Switch collection!
25 November, 2020 by nintendojam | Comments: 3 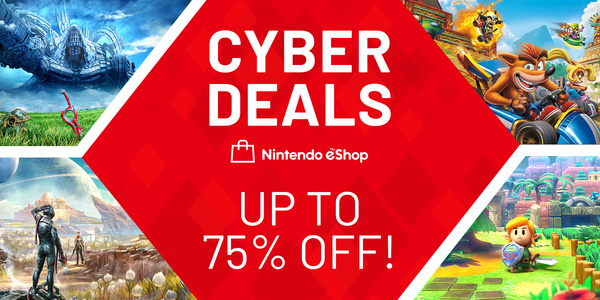 Black Friday is just around the corner, and Nintendo of Europe has announced a "Cyber Deals" sale beginning on Thursday, November 26th at 15:00 CET. Titles will be up to 75% off, and the deals will likely be very reminiscent of Nintendo of America's own price-dropping campaign. Cyber Deals will run on the European eShop until December 3rd.

You can bet our discounts aren't as generous as the USA ones!

You can bet not a single Nintendo game will have anything approaching 75% off.

You can get Luigi's Mansion 3 and Link's awakening for 30$. That's a good deal.

But yeah...i think its time for a nintendo selects already.