Ubisoft aimed to mimic the tone of comedies like Naked Gun and Airplane with Immortals: Fenyx Rising's story 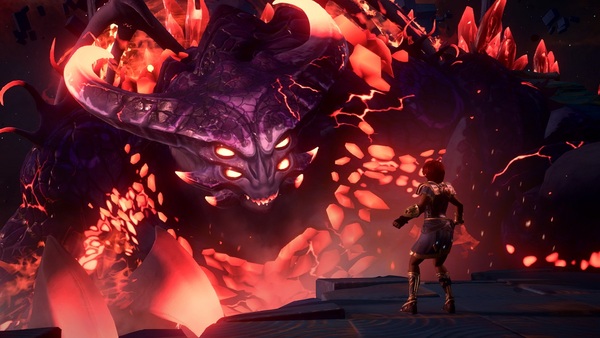 You might not know it from the look of the game, but Immortals: Fenyx Rising takes a humorous approach to its story. Not something you see very often in this kind of adventure, or from a big-name publisher. Where did that direction come from? In an interview with Game Informer, narrative director Jeffrey Yohalem explains the inspiration.

"I felt like a lot of video games are incredibly dark, and I had missed this feeling from childhood that movies like the Princess Bride or Naked Gun or Airplane had given me; I felt like, 'Why can’t a video game have that kind of tone?'. It got tipped in that direction by the fact that Greek mythology is actually full of comedy. Unlike our religion today, which is seen as a moral compass where everything is very serious and is how you should act if you were a perfect person or a perfect deity. For the Greeks, their mythology was like their soap opera or their reality television, where you’re seeing people who are just like us making mistakes and you’re learning from the things in the stories that result in tragedy."

I am serious, and don't call me Shirley. 😉

All excellent movies and very funny.

Not gonna lie, this fact might have actually sold me on this game (airplane and hot shots are my favourite pairs of movies ever)

I swear, the sub titles to these articles is why I keep coming here.

That and Gonintendo pretty on top of getting the news out first!

I agree, a lot of the subheadings are very witty.

Childhood... Airplane? ...must have been the censored version... not that there's anything wrong with boobies...