Nintendo will release the full eShop for Brazil on december 7th 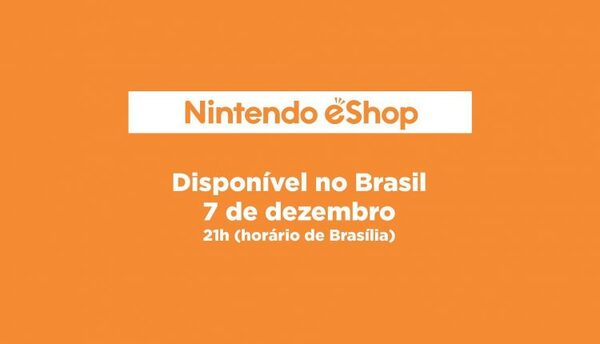 As Nintendo looks to expand its market by releasing the Nintendo Switch in Brazil, they plan to soon launch the Brazilian version of the Switch eShop. The eShop is scheduled to launch on December 7th. Users already had to create Brazilian accounts in order to use Nintendo's website to purchase certain downloadable games, but now users will be able to use those same accounts to access the eShop and view Nintendo's entire catalogue straight from the Switch itself. An upcoming update will also allow users to view the eShop in Portuguese.

That's great news!! I hope it doesn't cancel my being able to buy the game on the Brazilian account and using the code in my Canadian one

Bracing myself for the prices though

If they remove that ability, you can use the Argentinian E-Shop.

True, but considering both eShops currently have the exact same titles and sales, I don't think it will be long before Argentina gets the same treatment.

I just want to avoid another PS+ situation

Hey how do you manage to buy games from the Brazil/argentina eshop? Whenever I try, it requests an ID number that's impossible to guess. I can buy from most other eshops but can't get past the ID request on the Brazilian/Argentina eshop.

For the Brazilian eShop I just used my regular data (Brazilian here, hehe). For Argentina I followed a guide way back when. The only troublesome part there was the address, but nothing a few minutes on Google coudn't solve. I don't remember having issue with ID numbers there though.