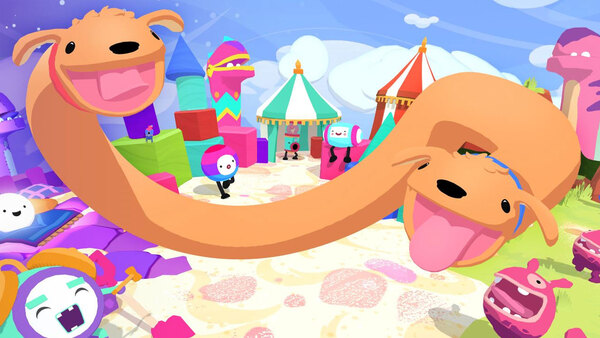 If you've been following PHOGS! since its reveal, you know the game stars a dog with two heads. Basically a long noodle with a dog head at either end. That wasn't always the plan for PHOGS! though.

In an interview with NWR, the dev team reveals a much different approach for PHOGS! during its inception. The original plan was for a more sports-style experience where players would take on different events. The main character in this version of the game was a half-golfer/half-dog. You would hit a ball as the golfer, and then the dog half would chase after it!

While PHOGS! certainly still includes the zany elements of that original idea, it's pretty clear that things started out even stranger than they ended up!