The Rocket League Season 2 "Rocket Pass" is going to include all sorts of goodies, such as the R3MX! Unlock R3MX immediately with Rocket Pass Premium and also get access to XP Boosts, Extra Rocket League Weekly and Season Challenges, and 70+ Tiers of unique items. 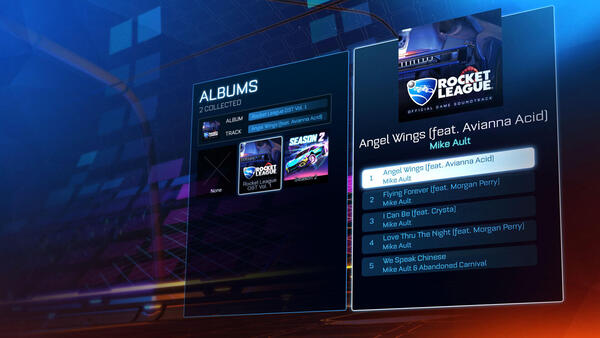 Along with the Rocket Pass, Season 2 of Rocket League is going to add in a new feature called Player Anthems. You can read all about that content in the blurb below.

There's a new sound coming to Rocket League with Season 2! Player Anthems are a new item type and customization option where you'll be able to select from a growing list of songs featured in Rocket League. Your Player Anthem will play throughout the Arena for all players when you score a goal, pull off an Epic Save, or receive MVP honors at the end of a match.

You'll soon expand your library by unlocking new Player Anthems through Challenges, Rocket Pass (free and Premium tracks), and the Item Shop. But to start you off, we will grant you these five songs to try out the new feature:

Anthems will have the same rarity scale as other items. These first five are considered Common, but you can unlock others of higher rarity. In case you missed it in our blog announcing Season 2, the hit artist Kaskade has produced new songs inspired by Rocket League, and they will be introduced as Player Anthems throughout the season as well! Check out Kaskade's first in-game song, "Flip Reset," on Monstercat now!

You can view and equip the Player Anthems you've unlocked in the Profile menu. There, you'll see your songs organized by album.

We hope you enjoy adding new Player Anthems to your library and hearing your favorite tracks in a new way! Be sure to check out the new feature when Season 2 goes live on December 9, and be on the lookout for more songs to unlock all season long!