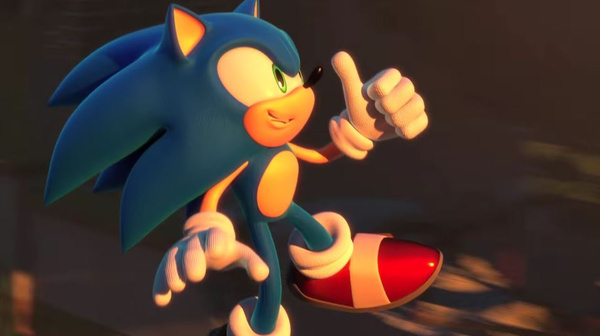 SEGA has confirmed that the Sonic the Hedgehog franchise has hit an incredible milestone. Across all game releases on all platforms, including spin-off games and mainline entries, Sonic has moved over 1 billion units worldwide. From the original cartridge sales all the way up to digital downloads on consoles and mobile, Sonic has reached an incredible number. Not many franchises can claim the same!

Yeah I agree, "Big the Cat" is responsible for at least half of those Billion units.

Oscars: Over our graves we'll not let that happen

That's one billion chili dogs that went straight to his feet.

Sonic has been an enduring character despite not being one of the most acclaimed IPs.

It's also bizarre twisted take on Nintendo's philosophy. Since Sonic has tried a lot of things. But unlike Nintendo games most don't work all the way through, and other times the idea isn't refined enough to withhold a whole game.

If anything Sonic is a franchise that has oddly enough been driven by it's weird characters and "art direction."

I mean that the character is appealing to both kids and adults.

While the series has had its ups and downs (mostly downs) I will always stick with the series simply because of nostalgia. Sonic 2 was one of the first games I have ever played and for better or worse I have stuck with the series ever since, having played every single mainline home console Sonic game. Even if Sonic as a series only has about 5 truly great games.

How many of those billion units were from people tricked into buying Sonic '06 and Sonic Boom: Rise of Lyric?

A friend of mine owned a 360 back then. I watched a trailer for 06 and one for the Wii game that would come out shortly after. He was bragging his 360 was much more powerful than my Wii-to-be. I said his Sonic would not be good. He thought I was being a "sore-loser" as he put it. After he played the game he never spoke to me again.

40% from 2 mobile titles and I'm sure most of the rest are from mobile also. After the downloads of Pokemon Go I wonder what number Pokemon can claim!?