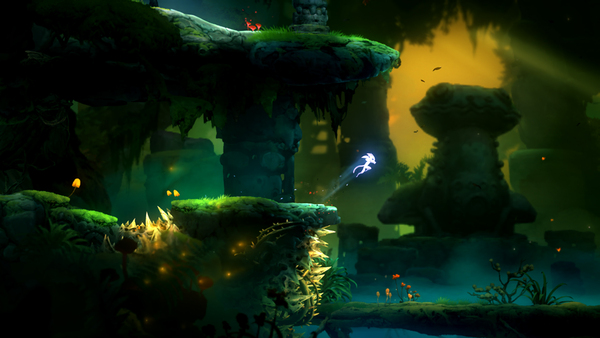 Want to help save the rainforests while also enjoying a fantastic game? You can do so, and all it takes is a purchase of Ori and the Will of the Wisps. Get full details on this unique opportunity below.

To celebrate the physical releases of the award-winning Ori and the Blind Forest and Ori and the Will of the Wisps titles for Nintendo Switch, which are now available globally starting today, iam8bit, together with developer Moon Studios and distribution partner Skybound Games, have come together to support Rainforest Trust. iam8bit has committed to a base donation of $25,000 to aid in the conservation of the most threatened tropical forests and saving endangered wildlife. In addition, 5% of all Nintendo Switch and iam8bit sales from December 8-13 will go directly to support Rainforest Trust’s efforts in preserving and protecting millions of acres of tropical habitats.

“iam8bit’s very first game as a publisher is Ori and the Will of the Wisps on Nintendo Switch. As a publisher, we considered how best to spend the game's marketing budget, and decided to shake things up to try and make a positive difference with that money,” said Jon M. Gibson and Amanda White, co-owners of iam8bit. “As we’ve worked with Moon Studios to publish the Ori series on Nintendo Switch, we’ve been struck by their dedication to expressing nature as a living, breathing entity worthy of protection. Following their lead, we wanted to do our part to preserve nature, and are excited to work with the wonderful and dedicated people at Rainforest Trust to do just that.”

Between December 8-13, iam8bit will automatically process donations on behalf of fans, regardless of region. Fans can participate in three ways:

Purchase Ori and the Will of the Wisps physical edition from any retailer globally, including Amazon (worldwide), Game (UK), Best Buy, GameStop and hundreds of others.

Calculated based on sales reports during this time period, all fans’ purchases will directly benefit the Rainforest Trust. iam8bit will report back on the success of the charity drive on all iam8bit social media channels the following week. Those looking to get involved with Rainforest Trust or donate directly can visit their website here.

Categories: Press Releases, Consoles
Tags: eshop, switch
Games: Ori and the Will of the Wisps