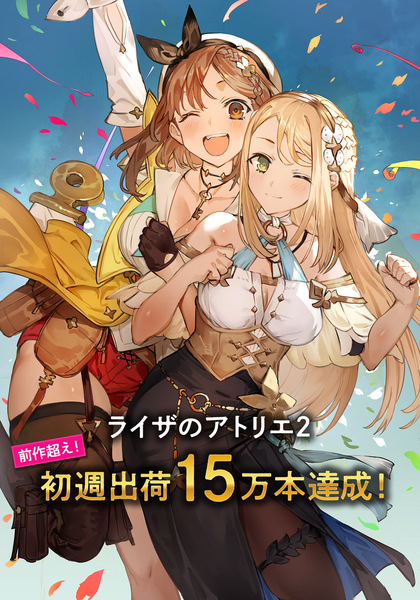 Atelier Ryza 2: Lost Legends & the Secret Fairy launched in Japan last week (December 3rd), and Koei Tecmo is now celebrating a sales milestone. 150,000 total physical and digital copies of the game have already been sold, and while platform specific numbers weren't revealed, the Switch was likely a pretty large contributor. Notably, the game is currently outpacing the sales momentum of its successor. A piece of commemorative artwork has been shared for the achievement, and you can check it out above.

Atelier Ryza 2: Lost Legends & the Secret Fairy will be released in North America on January 26th, 2021, and in Europe on January 29th.