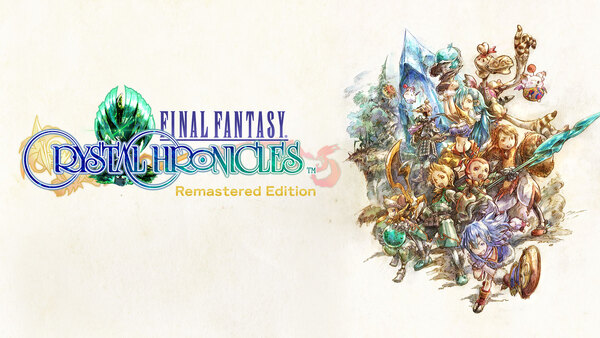 This is a notice regarding upcoming updates for "FINAL FANTASY CRYSTAL CHRONICLES Remastered Edition" on PlayStation®4/Nintendo Switch™/iOS/Android.

The following updates are planned:

All platforms
- Improvements to the storage function.
- Improvements to the power of focus attacks for Lilty tribe weapons; Laevateinn and Daybreak.
- Timing adjustments being made to Automatic Timeout triggers when no input is made in multiplayer mode.
- Fixing a bug where the player's caravan automatically returns to the region where you played a dungeon in multiplayer mode. Additionally, fixing an issue with the Crystal Chalice element when trapped in a specific area.
- Fixing an issue where a boss's HP gauge cannot keep up with the speed at which it decreases.
- Fixing an issue that occurs when a guest enters a lobby at the same time the host leaves or is disconnected and upon returning to the lobby and completing a dungeon, the original host’s flags are overwritten to replicate the guest's flags.
- Fixing an issue where controls would no longer respond after talking to Tiel Dahl inside a building in Alfitaria.
- Fixing a bug so that flags are reset if objects that spawn a "?" element hotspot have progressed from their default state prior to reaching year 5.
- Fixing a bug where synchronisation fails if a player joins a dungeon in which myrrh drops cannot be collected just as a Boss is defeated.
- Fixing a bug occurring during the boss battle when playing multiplayer in the Daemon's Court, where the saw is activated but does not hit monsters.
Other minor bug fixes

The following functions will also be updated/adjusted.

All platforms
- Addition of a function allowing the members of a party who have cleared a dungeon together to select an alternate dungeon to play through together on multiplayer mode.
- Changes to loot selection on the results screen so that loot will now be randomly allocated if a selection is not made before the timer runs out.
- Addition of a "Return to the World Map" option when defeated by a dungeon boss.
- Addition of a storage moogle in each town.

These updates are scheduled to be released mid-to-late December. We will make an announcement as soon as a specific date and time is decided, so please keep your eyes peeled!

We apologize for any inconvenience this may cause and thank you for your understanding.

Still waiting for the “bug” fix that restores local multiplayer.

- Addition of a function allowing the members of a party who have cleared a dungeon together to select an alternate dungeon to play through together on multiplayer mode.

I can't believe it took so long for this seemingly basic option.