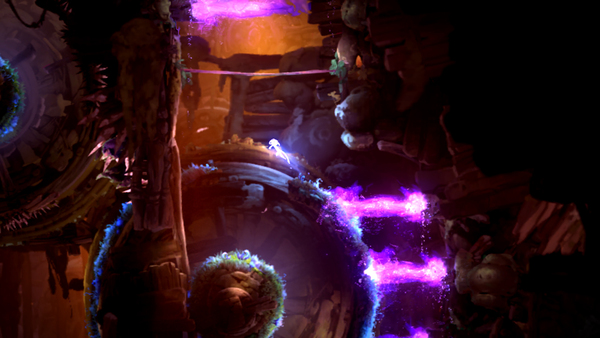 There was a time when we didn't even know if Ori and the Will of the Wisps would come to Switch. The game was revealed for the platform as a surprise, and it came over in all of its 60fps glory. How is that even possible? In an interview with NintendoEverything, Moon Studios explains the extremely hard work that went into achieving that goal.

A lot of us didn’t even believe that a 60fps goal was even within reach, but we knew that Ori at 30fps would just never feel right. We knew we wanted that instant response and silky smooth animation and horizontal scrolling.

Honestly reaching 60fps was most of what we did during the entire duration of this port and it took many many iterations, content changes, rendering pipeline rewrites, streaming fixes, memory optimization and hard core engine optimizations to be able to consistently hit 60.

When you’re targeting 60fps on a Switch it’s a bit of a “all or nothing” situation when it comes to optimization. You absolutely have to make sure every single aspect of the engine between simulation, streaming, rendering and the graphics hit that 16ms frame target. If you can’t, the game will never hit 60.

This was the hardest thing we’ve done at Moon and we’re very happy to see the response from the players. It’s extremely rewarding to see how it all came together and how appreciative everyone has been having seen how Will of the Wisps runs on this platform!

Categories: Interviews, Consoles
Tags: eshop, switch
Games: Ori and the Will of the Wisps

Unbelievable port, honestly. When I played it on Xbox One S at launch I gave up hope that it would even hit Switch let alone reach 60FPS if they managed to get it on there at all!