Is Nintendo interested in Game Pass?
16 December, 2020 by rawmeatcowboy | Comments: 12 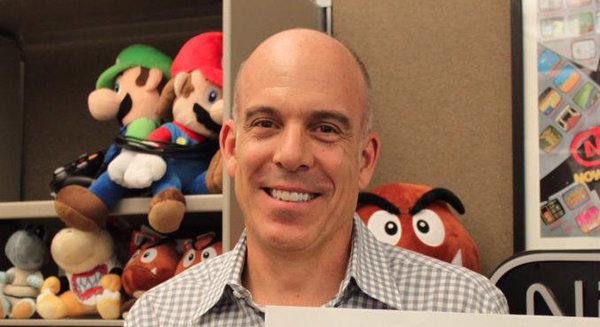 Polygon had the chance to talk to Nintendo's Doug Bowser to discuss a number of topics. Check out a round-up of select interview segments below.

“Well beyond expectations” is, I think, the simplest way to put it in. I don’t know that we expected it to be truly the cultural touchpoint that it became across the globe. And what we were pleased to see is how it redefined how people thought about video games and how they incorporated it in their lives.

We saw people celebrating graduations; having birthday parties; weddings, even — virtually, through the game itself. And we were pleased to see that we were able to provide a bit of a respite in what was pretty chaotic times and challenging times for folks. So it’s a result of many things. First of all: Developers did a wonderful job of creating a great universe, a great environment, great characters, and so that was very much engaging. But then, of course, the time of its release allowed a number of people who hadn’t even played video games to come in and enjoy and understand not only video games, but understand Animal Crossing much further.

We’re continuing to watch how people are engaging with the service. The top two reasons that people today purchase a subscription to Nintendo Switch Online are the ability to play our games online, and the second is the ability to engage in content like you just mentioned — and not only Super Mario Bros. 35 or Tetris 99, but also the catalog of NES and SNES titles. We’re at over 100 titles that are available right now. Some of those now have the ability to be played in multiplayer form, where the originals did not. So there’s a high level of engagement on that side. But those are the top two reasons people choose to subscribe, along with cloud save and some of the other benefits, and we’ll continue to evolve the service as we go forward, making sure we’re providing new and fresh functionality and games for folks.

On the potential for a Game Pass-like service

We are always looking at various ways that we can engage our consumers right now. We have found that our catalog and the third-party publishing catalog that’s available, whether that’s through Nintendo Switch Online or through frontline game purchase, has really been allowing us to do that.

Before the "awards" I joked a bit about it, but after blasting through forums talking about the "awards" I found out that AC:NH truly should have won GOTY. NOt because of the usual stuff but because how versatile it is and how that helped out some people trough tough times this year. I was thinking about a child's birthday party the other day. One where the kid couldn't meet up with friends because of lockdown, but her mum and friends made her a surprise party in the game.

I agree, but there's too much politics in the way of that happening, unfortunately.

My GotY is Ghost, but overall ACNH was a beast in all aspects.

Well it was meant as an opinion, no more. It's a discussion forum, so don't go all alt-right on me here... =D

Ghost of Harbour Island? Still haven't played it. Looks damn sweet though. I like foxes too.

I just think AC had such a great impact on many people having a real bad time. The gamer got really creative with everything (not me). But know what? You could just be yourself or a fictive person but most people got along. Talk about being inclusive a game...

Petting the foxes is so great

Haha. Indeed. Now that you mention it =) Nintendo won online game of the year too xD

2020 just being weird. But, dude, you need some sleep. There's no online game category at the Game Awards :P

There's no online game category at the Game Awards

And SC:NH still won it!

Typos can be fun.

Working together with Kojima productions, of course.