Digital Extremes says Warframe just had its biggest single day in terms of active players, talks about the impact of the pandemic

Tenno signs of slowing down
22 December, 2020 by rawmeatcowboy | Comments: 1 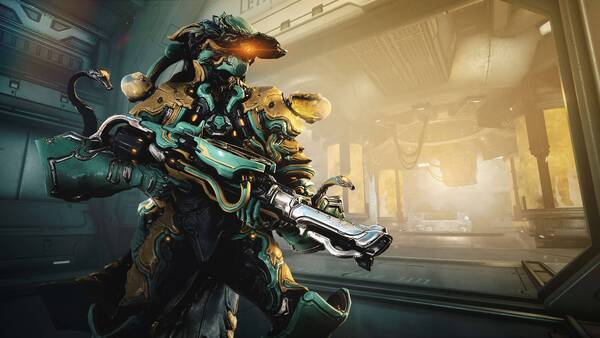 Warframe has been going on for 8 years now, and Switch players got in on the action back in 2018. Ever since then, the game has seen more content than ever, and it seems to be paying off.

In an interview with GamesBeat, Digital Extreme's Sheldon Carter talked about how many people are playing Warframe. It appears to be more than ever, as a new milestone was just hit.

Console in total probably slightly–it’s very close between PC and all the consoles together. But in terms of numbers, at TennoCon this year, we had our biggest single day of Warframe in terms of active players coming to play and watch the game. Eight years in, we’re pretty excited about that.

Along with that, Carter took a moment to discuss how the pandemic has impacted not only attention on the game, but the development flow as well.

I don’t want to say it “helped,” because we don’t feel that way. We all feel the effects of the pandemic. But there’s definitely–people are at home more, and they’re able to play. Again, if this is your hobby, you have more time for your hobby. It’s funny. We have a tough time separating–when we look at this year, we all had to switch to working from home. So what’s this going to do to the type of updates and content we release? At the same time, so many of our players are at home and engaging more. It was a wash of a year to figure out, “Hey, did we do the right things this year? How do we move into 2021 and take some lessons from this year?” Hopefully as the vaccines roll out and people go back to normal, what’s that going to look like? It’s hard to say.

I heavily played Warframe when it came out to Switch. It’s a great game. I even spent about $30 on it (yes, I know it’s free) to show support for the game on Switch. I for sure spent more time on that game worth more than $30. I recommend this to anyone thinking of playing it.