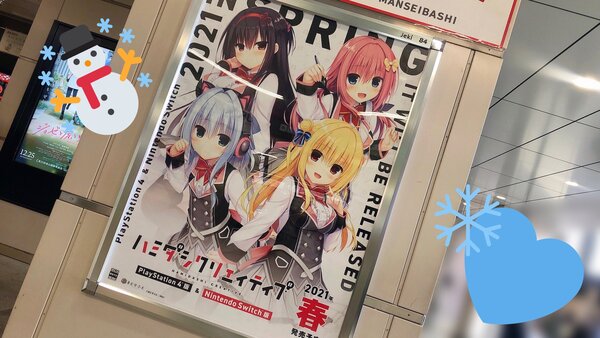 Another romance visual novel has been confirmed for Switch, and the announcement was shared in a rather unusual way.

We now know that Hamidashi Creative will hit the Switch in Japan sometime in Spring 2021. The confirmation comes from a poster advertising the game, which was shared by voice actor Yukino Tsumugi. Tsumugi plays the role of Asumi Nishiki in the game. As for the game itself, you can read a full description below.

At the end of June, the seasons come to a standstill.

Widely known to be of asocial character, Izumi Tomohiro is quietly spending his day in the corner of their classroom… or so it should have been.

“Congrats on being elected! It has been decided that you are now the next student council president!”

By the school’s initiative, an election via lottery took place. And Tomohiro is the lucky bastard who won the prize!

Suddenly placed underneath the spotlight, he unanimously became the talk of the school. Unable to back down, he started hunting for fellow members with the help from his advisor.

However, the candidates his advisor nominated are his classmate Kano, his junior Asumi, even his own little sister Hiyori, and the lot of them doesn’t even come to school!? And in the midst of the chaos, even the former council president Shio who came from whereabouts unknown suddenly appeared!

Is this fate? Is this inevitable?