It's that time again! Another faction in Azur Lane Crosswave has been revealed, and this time it's the Iron Bloods. Read all about the biotechnology-focused faction below.

The Iron Blood faction is ready to lay down the law! In this week's update for the 3D action shooter, Azur Lane: Crosswave, we introduce the Iron Blood's playable ships! The game will launch physically and digitally on the Nintendo Switch™ February 16, 2021 in North America and February 19, 2021 in Europe!

Did you know the Nintendo Switch version of Azur Lane: Crosswave contains new additional content? The following have been added to the Switch release:

About the Iron Blood:

A military empire located in the middle of the Eurora continent, in which an aristocratic council takes on administrative duties.

Many excellent scientists are enlisted, and they've focused on the development of Siren technology. As a result, they outclass other nations in terms of AI controlled tech and biotechnology.

Their rigging, a concentration of their technology, are autonomous units mimicking living creatures. Though they can't speak, they have self-awareness, and are connected to their ship's consciousness. 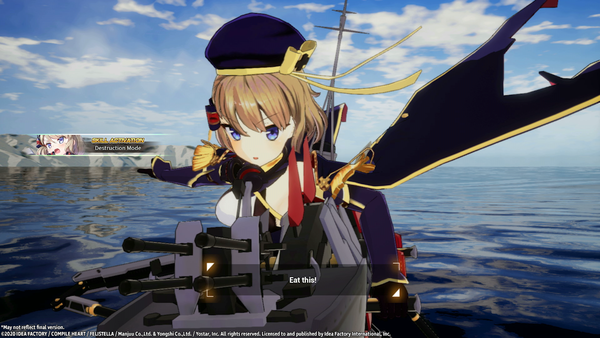 A member of the Iron Blood whose nickname is "Zed." She's always looking for ways to improve herself, and she's also passionate about research. She's very critical of herself and others, but will always give praise to those who she deems as worthy. She's often found acting as a commander in battle. She was chosen to represent the Iron Blood in the Joint Military Exercise by her peers. She's doing her very best to rise to the occasion and lead her friends to victory.

Bismarck is the leader of the Iron Blood fleet, but she disappeared from the frontline after the official battle against Hood and Rodney of the Royal Navy. She's kept a watchful eye on the Sirens since they appeared, and was somehow able to gain access to the Siren's technology. She's calm and generally keeps to herself, so some mistake her as being cold-blooded, but, on the contrary, she is very passionate. She didn't want the Iron Blood to get involved with the Joint Military Exercise, but Kaga and Bismarck's younger sister convinced her to take part. What Bismarck will experience from the event is yet to be understood... 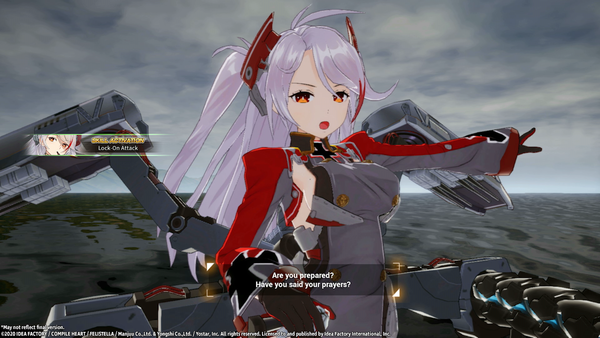 An Iron Blood elite who knows her way around the advanced technology that her nation has researched. Her aura is seen as mature and alluring. Outside of missions, she is very free willed, making it hard to predict what she may be thinking in any moment. As soon as she engages in battle, however, she annihilates without mercy. It's hard to know why she thinks the way she does. Her older sister, Admiral Hipper, is always on her case. She joins the Joint Military Exercise to oversee Z23 and to ensure that their place in the world will not be marred by whatever is to come.