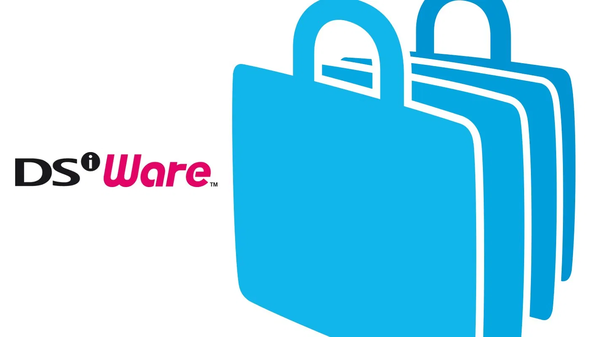 We're not quite sure what's going on at Nintendo, but it seems someone accidentally flipped a switch and removed some games that weren't marked for removal.

As you may know, earlier in the week we saw hundreds of DSiWare titles removed from the 3DS eShop. Nintendo gave no warning about the game's being removed, so fans were upset that they missed a chance to snag them. Just a couple days later, a handful of those titles were added back to the 3DS eShop. Now today we see that almost all of them have returned.

There are still some titles missing, but it's a very, very small amount. As far as we can see, here's what was yanked and hasn't returned yet.

I guess it's all's well that ends well in this case. Nintendo still hasn't made a peep as to why these titles were removed in the first place, but at least they're mostly back!

As expected. Likely a store backend issue rather than a purposeful removal.

Now all the people who were upset can go ahead and still not buy/download any of these.

Oh thank god. Not taking any chances though, I need to stock up.

As expected. Likely a store backend issue rather than a purposeful removal.

Now all the people who were upset can go ahead and still not buy/download any of these.

I'm glad someone else is saying the same thing. The disingenuous outrage over games they never cared about before this was really something.

That's bull and you know it. There are plenty of people out there (like me) who wanted to pick up DSiWare games and never got around to it, but more to the point, there's no logical reason to support the end of distribution for digital titles.

While I agree that access to these games should be a continuous. If you haven't bought these games in over 10 years, what's gonna change now that will causa you to do it?

This brush with death, maybe?

And have you bought any of them since they've returned to the eShop?

Well I've been busy af, but now that I have some time to myself, give me about 20 minutes and the answer will be yes.

Hope you enjoy your new games then

As Acmiguens said, I'm genuinely curious as to why you would wait so long. Very few DSiWare games go on sale at this point, so it couldn't be that you were waiting for when the price came down... I guess you could argue natural inflation causes those prices to lower, in a sense, but that's a pretty weak justification.

I never had a DSi; I went straight from a DS Lite to a 3DS. Since you have to manually search for DSiWare games on the eShop instead of being able to browse a dedicated page, and there are at least a hundred of them, it's just a project I kept putting off until "later." Since there was (so I thought) no danger of a time limit, it just didn't crop up at the top of my to do list.

Before the Wii Shop Channel closed, I bought a bunch of WiiWare and Virtual Console games that I very much wanted. Just because I waited doesn't mean I wasn't interested.

Hi Mock Turtle! If you’re really into buying DSiWare games, and DS games in general, I would strongly suggest getting an actual DSi! The resolution of the 3DS screen is ever so slightly higher than the original DS, so that when DS games are stretched to full screen on the 3DS it makes them look blurry and real ugly. You can probably find DSi consoles in good condition for a low price.

Well I have a New 3DS XL, so I forget which button does it but I know I can display DS games in 1:1 resolution if I want. That said, I played the Kingdom Hearts DS games in full screen and I may never be able to go back!

Am I basic? I'm probably basic. (Plus, didn't the DSi shop itself go down years ago?)

It’s the most important thing that you’re happy however you play. It was just a suggestion!

Oh, and you might be right about the DSi shop going down.

Well I have a New 3DS XL, so I forget which button does it but I know I can display DS games in 1:1 resolution


Press and hold Start or Select while the game boots up.

As a late New 3DS XL owner, I didn't know about it until you mentioned it.

Neat! Now you said that you think there are plenty of people like you? For the record, I also never had a DSi. Or even a DSlite. I went straight from launch DS to launch 3ds. But when I got the 3ds, I went back and bought the recommended DSiWare games.

I don't think these games should go away, I still wish WiiWare was around, but I think it's more likely that your story is a unique one rather than a common one.

Which ones are you planning on buying? Someone wise already asked for recommendations.

Well, maybe I am a unique case, but I think the fact I wasn't the only one mad about this speaks for itself.

As for games, I'm planning on getting these for certain:

I'll have to do more research before committing to others.

Kinda sad that Face Pilot didn't make the return. That is one of the few kooky DSiware games I have genuine interest in.

Ok real talk here. Outside of Risky'Revenge(which you can get the better version on Switch) and Mario Vs Donkey Kong: Mini's march again, what games are reallllly worth getting? And I'm curious if anyone with a DSi can say this at a straight face.

The Art Style series, but more specifically, Pictobits. That game is awesome.

I'm a DSi XL owner and I played DSiWare before the 3DS was a thing. Haven't downloaded or transferred any on my 3DS (WarioWare: Touched! from My Nintendo aside), that'll change soon though. I'll be talking about some of Nintendo's offerings since that's most of what I got.

If you're into puzzle games, some of Nintendos own offering are good, like the aforementioned Pictobits, Snapdots, Spotto, Trajectile, Link 'n' Launch (which apparently according to the internet, having Link in the title but not in the game makes it a bad instantly).
X-Scape can also be lengthy for a DSiWare game, controls can be problematic at times, though.
Looksley's Line Up may have its problems with the DSi Camera (not sure on a 3DS), but when it works it makes for a nice looking game about finding objects, same with Face Pilot (which unfortunately didn't return).
Then of course there's the unavailable Zelda: Four Swords Anniversary Edition.

Others I tried but can't recommend are
-Spin Six (a content cut version of the Japan-only Nonono Puzzle Chailien for Game Boy Advance)
-Puzzle League Express (a stripped version of Planet Puzzle League, I got it before I got the full game, now I don't really have a reason to go back to it)
-Dragon Quest Wars (it doesn't have a lot of content)

There's a Dragon Quest tactics game that is not very long, but it's quite sweet

Ah yeah I know that one. Apparently, Intelligent Systems is the one behind it yes?

But I thought its multiplayer only isn't it?

Indeed IS was behind it, but it's not multiplayer only. You can totally play it solo

Does it have single-player campaign or is it versus CPU?

I remember there being a campaign, but I played it when it came out almost 12 years ago.
https://www.nintendolife.com/reviews/2009/09/dragon_quest_wars_dsiware
I hope this helps