Scott Pilgrim Vs. The World: The Game 'Complete Edition' soundtrack getting vinyl release

An amazing collection of tracks
by rawmeatcowboy
12 January 2021
GoNintendoGN Version 5.0 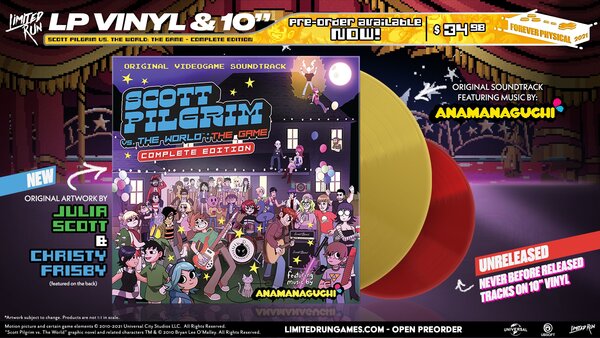 Limited Run Games is really going all out on their Scott Pilgrim Vs. The World: The Game 'Complete Edition' offerings. We've already gone into detail on their physical game release options, but there's going to be a standalone soundtrack release as well.

We now know that the entire soundtrack from Scott Pilgrim Vs. The World: The Game 'Complete Edition' will see release as a standalone vinyl. Even better, this release will include a 10-inch that features unreleased songs as well. You can pre-order starting today!