Same-sex marriage option to be included in STORY OF SEASONS: Pioneers of Olive Town 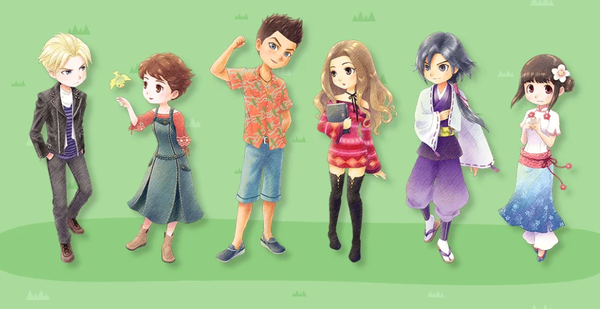 Those who played STORY OF SEASONS: Friends of Mineral Town might remember that the game featured a "Best Friends Ceremony" that basically allowed for same-sex marriage. It looks like that feature is being retained for STORY OF SEASONS: Pioneers of Olive Town.

According to the Japanese site for the game, you'll once again be able to marry whoever you want. A fan-translation of a specific page of the Japanese website reads as follows.

"There are 5 bachelors and bachelorettes to romance, making them 10 romance options in total. It is possible to become partners with the same-sex through a 'best friend ceremony'."

This information is yet to be confirmed on the official English site, but that content should be coming sometime soon.

Why can't they just be married? Best Friends Ceremony? I guess it's still a step in the right direction.

Why can't they just be married? Best Friends Ceremony? I guess it's still a step in the right direction.

My guess is it has something to do with Marvelous (as in the Japan office) exerting some kind of creative control, in this case for the worse. I could be wrong, since I've not played the game myself yet, but as I understand the story: when the Friends of Mineral Town remake was released in Asia, it had English support, and the same-sex marriages were called best friend ceremonies. It wasn't until the American release several months later that this changed to being called marriage. Perhaps they felt XSEED (as in the American office) went too far? In which case, yikes, but it is better than nothing. Let's just hope they include them again in Rune Factory 5.

In the meantime, assuming this language is correct, at least that'll give us content for r/sapphoandherfriend.