No need to unlock
by rawmeatcowboy
14 January 2021
GoNintendoGN Version 5.0 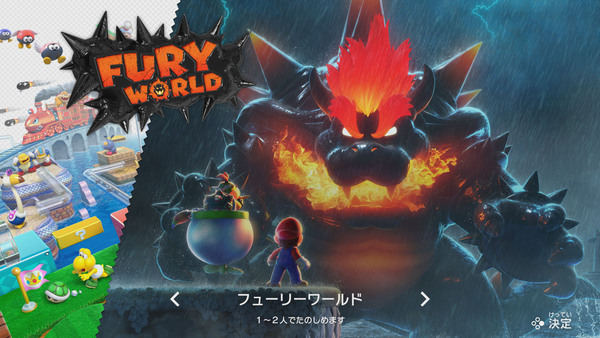 There will be millions of players diving into Super Mario 3D World + Bowser's Fury on Switch who've never played the original Wii U release. That means they have a wealth of content to enjoy on day one. That said, there are also Wii U fans who've already played through Super Mario 3D World in its entirety. Those players might be eager to try out the Bowser's Fury mode, and the good news is that you can do that right away.