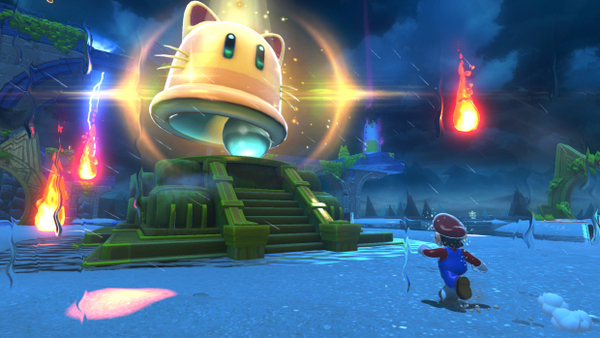 The original Wii U release of Super Mario 3D World wasn't very big when it came to file size. The entire game took up just 1.7 GB on Wii U. Over on Switch, you'll need a bit more room if you plan on downloading the game.

The official listing for Super Mario 3D World + Bowser's Fury reveals that the game takes up 2.9 GB of space. Over a gig's worth of data added to this version of the title, and there's no doubt some of that is due to the Bowser's Fury mode. That said, 2.9 GB really isn't much when compared to most releases nowadays.