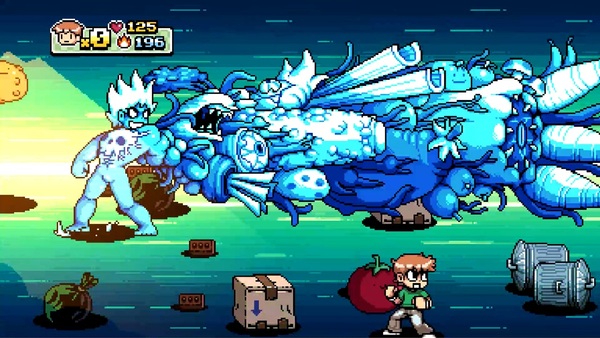 Scott Pilgrim Vs. The World: The Game 'Complete Edition' includes everything that was released for the original version of the game in one package. That means you get the base game and all DLC in a single purchase. Unfortunately, that also means that no extra goodies were created for this re-release. That's even sadder when you realize other DLC plans were cut from the original release all those years ago.

Scott Pilgrim creator Bryan Lee O'Malley took to Twitter to answer a question about new bonus content for Scott Pilgrim Vs. The World: The Game 'Complete Edition'. As we said, the package doesn't include anything new, but O'Malley took the opportunity to share some DLC plans that were scrapped with the original release.

The answer to your question is no. There's nothing new in the rerelease. ORIGINALLY (in 2009) we had talked about doing a Montreal DLC with playable clash at demonhead (envy, Todd, lynette). ultimately canceled and never realized because of budget cuts